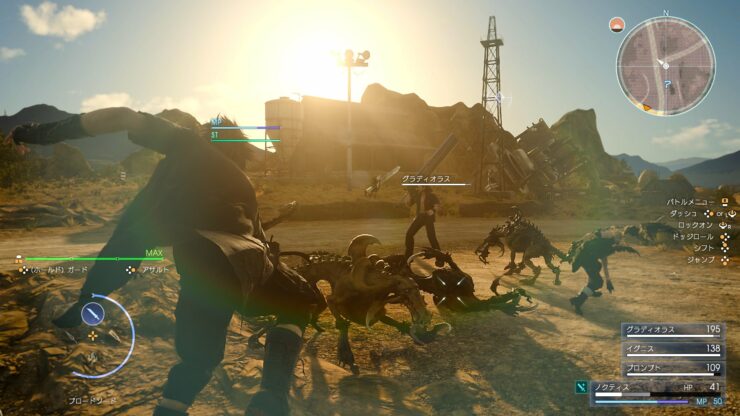 Final Fantasy XV, the latest entry in the series created by Square Enix, has been released last month, but work on the game is hardly done, as the team is working on future updates as well as additional content focused on Noctis' friends and more. If the announced DLC content is successful, however, we may be getting more of it, according to a rumor circulating online.

Recently, a 4Chan poster claiming to be a Square Enix employ who worked on the game detailed some of the game's cut content as well as changes from the Versus XIII original story, which was tied to the Fabula Nova Crystallis like Final Fantasy XIII and Final Fantasy Type-0. Interestingly enough, the poster mentioned that some stuff was cut from the ending segment of the game such as a small Lestallum map and redesigns for Cindy and Iris.

The ending section was decided when I joined the team. It was planned for Noctis to wake up and encounter every character once at a time. The open world was note explorable, there were quests that limited your movement in the map. The Lestallum map in which Noctis was supposed to meet Iris and other friend was complete, it was not the full city. The idea was to turn the open world in a dungeon in which the player had to skip from one place to another and piece what was happening as Noctis met the other characters.

Cindy wears like motorcycle suit, it reminded me of Kill Bill, her face didn't change that much. Iris was taller and had a king guard suit.

There's the chance, however, that some of the cut end-game content might be released as DLC if the announced packs do well.

With the main game sadly failing to develop characters properly outside of the main cast and Ardyn, DLC packs focused on other characters would be a welcome addition. As the news regarding possible additional DLC packs comes from an anonymous source, however, we must take everything with a grain of salt, even if it sounds reasonable.

Final Fantasy XV is now available in all regions on PlayStation 4 and Xbox One. We will keep you updated on the game's future content as soon as more comes in on it, so stay tuned for all the latest news.