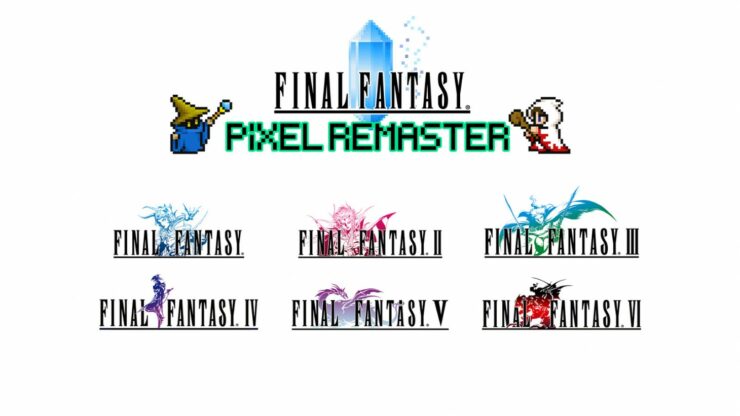 During a new presentation today, which has been now been made private, the Japanese publisher confirmed the remasters of the first six entries in the series will be released starting with the original Final Fantasy in July. A detailed release schedule, however, hasn't been confirmed.

Today's presentation also featured a brand new trailer. You can take a look at it by heading over here. (Thanks, Gematsu)

The Final Fantasy Pixel Remaster series has been announced earlier this month during Square Enix E3 2021 press conference. While all games will be remastered, they will try to preserve the original graphics, featuring updated sprites that are closer in style to the originals.

We’re excited to announce that the original FINAL FANTASY games are coming to Steam and mobile platforms as the ultimate 2D pixel remasters.

The FINAL FANTASY Pixel Remaster series will comprise FINAL FANTASY I through FINAL FANTASY VI, with each game releasing individually. For long-term fans that will be hugely exciting news - a chance to revisit some of their most beloved RPGs of all time in a way that perfectly captures the spirit of those original game.

But if anything, we’re even more excited for new fans who’ll get to experience them for the very first time. These games are true masterpieces, and the FINAL FANTASY Pixel Remaster series will offer the best way to play them yet!