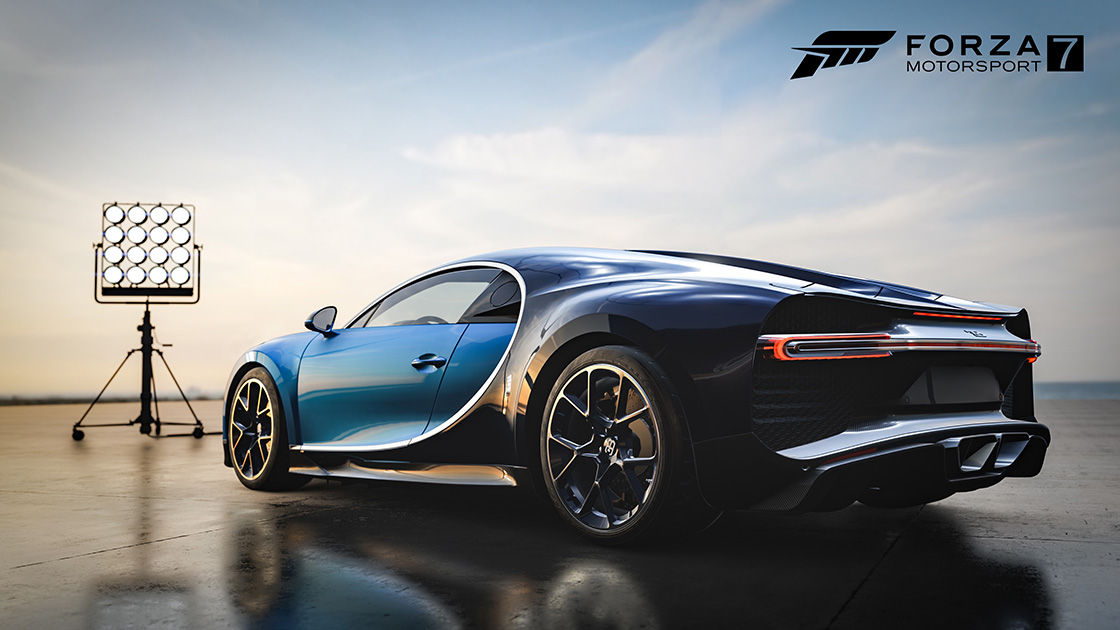 The new update for both Xbox One and Windows 10 PC adds highly-anticipated features such as Seed the Grid and Spectate. In addition, numerous improvements have been implemented, including multiplayer lobby optimizations, cars and track fixes, and much more.

We’re happy to introduce both Spectate and Seed the Grid features today, two features that have proven to be among the most heavily requested features from Forza fans. Both features have been re-imagined, rebuilt, and optimized for esports viewing in Forza Motorsport 7.

With Spectate, players can hop into public and private lobbies and view the races as they happen. For Forza Motorsport 7, we’ve put a big emphasis on performance with Spectate. Viewers will notice dramatically improved car movement when spectating races; no stuttering or jittering cars. Live spectating now features the same quality of motion as found when viewing Saved Replays. We’ve also dramatically improved the car positioning. We’ve done away with our old predictive position system which was error-prone. Now, car position in Spectate mode is completely accurate. This increased fidelity eliminates car jittering and phantom collisions, resulting in a dramatically improved viewing experience.

With Forza Motorsport 7’s new Seed the Grid feature, lobby hosts now have the option to set the race grid as they see fit. Before the race, hosts can choose “Grid Order” from the menu to manually reorder the race grid. Hosts can move any player anywhere on the grid and new UI elements highlight additional information on player positioning. Spectating players will automatically be pushed to the back of the grid, regardless of where they are placed in the grid.

In addition to Spectate and Seed the Grid features, we’ve worked hard to improve multiplayer loading and performance in Forza 7. New behind-the-scenes improvements mean that the game loads cars as soon as the player gets onto the track. The result is quicker loading into the track and onto the race.

Spectate and Seed the Grid are fantastic additions to Forza Motorsport 7 and we look forward to seeing what the Forza community does with these new tools. These features are just the start of our commitment both to Forza Motorsport 7 and esports – look to see additional new features arriving in the months ahead. In the meantime, you can get a look at Spectate and Seed the Grid in action with the 2018 Forza Racing Championship Pre-Season Invitational, which will be broadcast live on Mixer on March 24.

Also available as of today through the game’s car pass, is the new Dell Gaming Car Pack, which offers seven new vehicles, including the 2018 Bugatti Chiron, the 2017 Aston Martin Racing V12 Vantage GT3 #7, and more.

We’ve included the release notes, as provided by the game’s community manager Brian Ekberg, for the update down below:

“The following is a list of additional improvements introduced to the game with this update”, Ekberg writes. “In addition to the improvements listed below, this update also numerous UI, localization, and behind-the-scenes improvements that are not listed here.”

Forza Motorsport 7 is available now for Xbox One (with Xbox One X support) and Windows 10 PC. You’ll find our review of the game right here.