The Wasteland has opened once again for everyone. Just a few hours after Bethesda's latest RPG has officially released, the community has already found some useful Fallout 4 tweaks; most of them come from Steam user Gabi, who published a comprehensive guide to improve your Fallout 4 experience on PC. 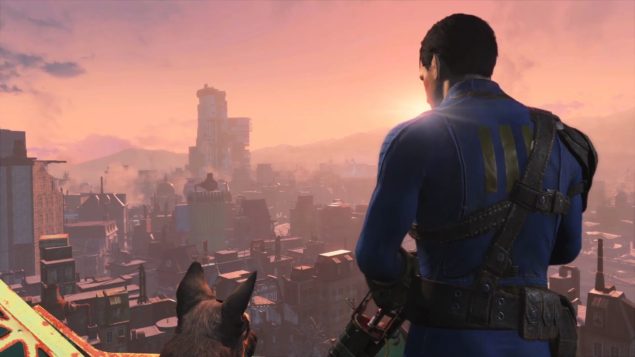 Update: there is now an easy way to change most of the settings below, thanks to Bilago's Fallout 4 Configuration Tool.

Bethesda had previously said that Fallout 4 on PC would run at more than 60 FPS, but unfortunately that did not turn out to be true. The game is locked by default, and you'll need to open your Fallout4Pref.ini file (located at C:\Users\[name]\Documents\My Games\Fallout4\) and change iPresentInterval=1 to iPresentInterval=0 in order to unlock your frame rate.

Do the same with the Fallout4.ini file, and then make sure both files are read-only, otherwise they will be reset once the game is launched.

This particular tweak is basically mandatory for GSYNC users, since otherwise there's a chance to get stuck while accessing terminals - I've witnessed that bug myself. Moreover, folks with 144Hz monitors should limit their frame rate to under 100FPS; this can be done with NVIDIA Inspector.

However, it should be noted that some users have reported erratic behavior when unlocking frame rate, such as the lockpicking minigame becoming much harder to accomplish; hopefully Bethesda can fix this with a patch.

The default FOV value might be a little too restricting for some players, especially those who suffer from motion sickness.

To do this, go to Fallout4.ini and Fallout4pref.ini and add these strings in the following way  under [Display] (for a different FOV value, just change the numbers):

An increasing number of gamers have bought 21:9 displays, but most games don't support this aspect ratio out of the box.

Here's a fix for Fallout 4 (although the HUD will get stretched). If you want to use borderless windowed mode, open Fallout4Prefs.ini and make sure these lines are in the file:

If you prefer fullscreen mode, use these instead:

In both cases, iSize H is your horizontal resolution and iSize W is your vertical resolution.

Mouse acceleration can be annoying and it's on by default in Fallout 4. To turn it off, open Fallout4.ini and add this line under [Controls]:

Also, open Fallout4Prefs.ini and add this line under [Display]:

Please note that this fix doesn't work for menus, but it will prevent mouse acceleration in the actual game.

If you don't like this peculiar mouse movement, you can fix it by opening Fallout4.ini and use the following line:

Among all these Fallout 4 tweaks, this might be the easiest and also one of the most popular. Just delete or rename the following files from the steamapps\common\Fallout 4\Data\Video folder:

We left this as the last of the Fallout 4 tweaks, since it's just a way to improve the game's aesthetics. On PC, there are a number of ways to make the game look prettier by tweaking some values.

The single biggest improvement in image quality happens without a doubt by raising the uGrids value, just like in Elder Scrolls V: Skyrim. By default, uGridsToLoad is set to 5, but you can raise it to 7, 9, 11 and even 13, though at that point the game becomes unplayable even on the most powerful hardware.

A good starting point is 9 for people with high-end GPUs. Check out these interactive comparisons made by NVIDIA to see how much detail is added to the game: uGrids 9vs5 1 - uGrids 9vs5 2

Beware, though, that switching uGrids may mess up your save data.

Another significant improvement can be achieved by doubling the shadow quality resolution; just take a look at this comparison. To do that, make sure iShadowMapResolution has 8192 as value.

Finally, there's the good old grass tweak. Just find these lines and double their values from 7000 to 14000 for a pretty nice grass boost:

Of course, you can also choose between several ReShade/SweetFX profiles in order to further boost certain graphics aspects. We'll continue adding new Fallout 4 tweaks as they are discovered, so bookmark this page and come back in the future.