A lucky Fallout 4 gamer has survived getting hit by a car, while he was playing Fallout 4 on his Xbox One at home. 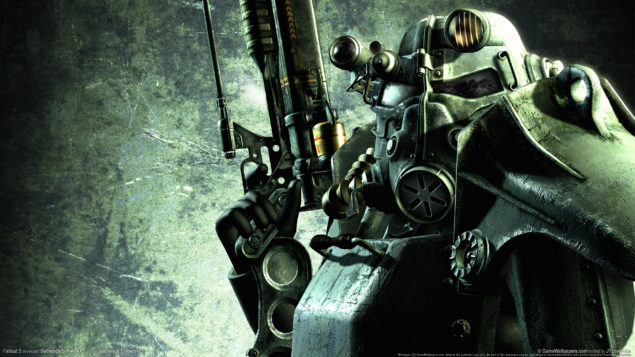 Ben Rose allegedly was run over by a car which crashed into his apartment while playing Fallout 4. According the police on the scene, the car driver probably accelerated instead of braking when trying to pull out of a parking space at Rose's apartment complex.

The Hyundai Sonata in question, went completely through Rose's wall and ran him over. The impact fractured his vertebra and sliced his Achilles tendon.

“You play in a wasteland and then your apartment turns into a wasteland", Rose said.

“Cars versus people don’t really end up well. So I really thought it was over,” said Rose. “Everybody asks were you walking in your parking lot? Or were you in your car? What do you mean she drove through your apartment?”

According Rose, he's alive partly because of his gaming chair on wheels. The chair, took the impact of the car and pushed him away.

“The chair is what saved me, without a doubt. That took the impact. It pushed me out of the way. It kept me from going under the car,” Rose said.

“I can’t take back what she’s done or what happened. But I’m still not in the hospital. I’m lucky it’s not worse. That’s all I’m going on.”

To get back onto his feet, Rose's friends have started raising funds. While Rose is in good spirits, the road to recovery will take long.

This goal, while ambitious, is really just the tip of the iceberg. The amount that will be owed in medical bills is unknown at this point. However, considering EMS transport, scans, x-rays, surgery, and a few nights in the hospital, it is safe to say that costs will be high -- even before any follow-up treatment or therapy.

Thank god for games such as Fallout 4...and chairs on wheels of course.