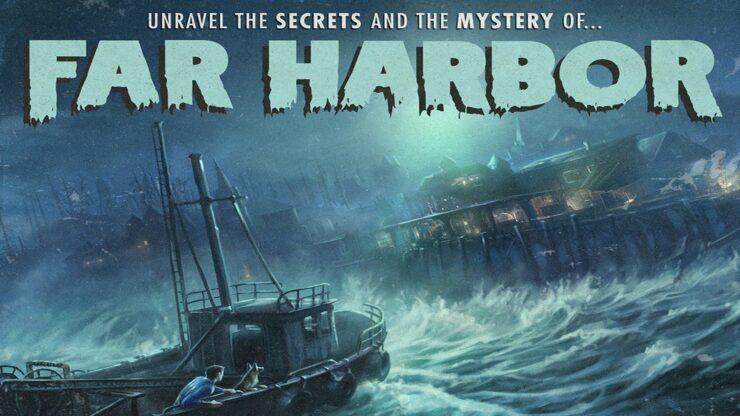 Fallout 4 might have been released in November 2015, but Bethesda is just getting started. The biggest DLC yet, Far Harbor, is due to launch next week but some lucky testers have been able to try the game already since last week and have been posting some impressions on Reddit's Fallout haven.

Far Harbor was described by Bethesda as the biggest DLC region they ever created in terms of landmass. We were curious about the actual content and longevity, though, so we inquired privately with those that had completed the DLC.

The first Redditor we contacted said that it will take about 20 hours to search all the markers and do all the quests.

It's taken a little while, maybe 20-22 hours to do a search at every map marker and do the quests. There are however quite a lot of secret places I've yet to discover, hunting them all down will take many more hours if you are the adventurous type.

A second one said that the main quest is pretty short, but there's another 10/15 hours of side content which indirectly confirms the first estimate of about 20 in total.

Well the main quest was actually pretty short but there were a lot of side quests and miscellaneous tasks to do, probably around 10-15 hours. I haven't completed all the content.

A third Redditor said that he didn't count the gameplay hours, but he had a lot of praise about Far Harbor as a whole.

I don't know exactly how many hours it took, but I finished everything in 3 days. The amount of content in this DLC is awesome. When you meet every faction, you instantly receive the option to do something like 5 side quests, most of them have something unique about them, be it dialogue (some of the sarcastic options are MUCH funnier than in the main game) or gameplay, and they all have multiple endings.
And when you complete the quests from far harbor they give you even MORE quests. And most of the rewards are actually pretty unique, some with new legendary status. The guns are pretty great, especially the lever action rifles, but there are some amazing and cool looking melee weapons in this DLC too.

Some of them also posted in a public thread which asked testers if the region is as scary as Bethesda made it seem. Apparently, it very much is.