Fallout 4 Console Commands Unsupported, Can Mess Up Save Games; Console Save Limitations Explained

Although fun, using Fallout 4 console commands are not supported by Bethesda, and can “very easily mess up save games”. 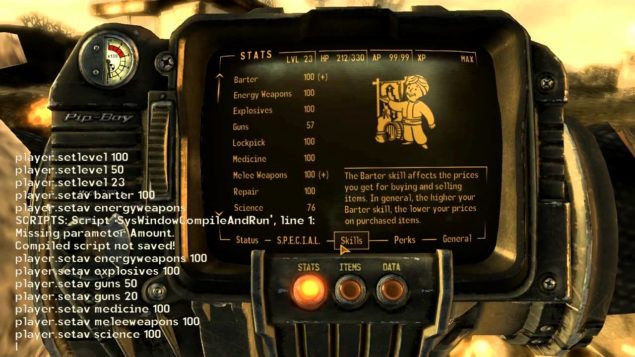 On PC, Fallout 4 has a healthy number of console commands, which allows players to enable god-mode, sex changes, instant level up, and much more.

Console commands are activated by pressing the tilde key on the keyboard. Some keyboards may require the apostrophe key instead.

As it turns out though, these commands are not supported by Bethesda. The developer’s vice president Pete Hines said this on Twitter recently.

@fortech_mike nope. use of the console is not supported or recommended on PC. that kind of thing isn't permitted on consoles anyway

Hines added that using console commands, can “very easily mess up save games”.

Surely, in a game as long as Fallout 4, you don’t want this to happen. So if you still want to use console commands, please do so with caution.

With regard to game saves, Hines also answered a question regarding Fallout 4's save limit on console versions of the game.

According Bethesda's vice president, on consoles, Fallout 4 uses allocated space which can prevent players from saving due to an error that states there's insuffucient HDD space.

Hines adds that the team wasn't allowed as much space as they wanted to.

Last week we reported on how Fallout 4 players experienced crashes in specific areas of the game. No error-code is provided, and the crash affects various locations in the game. According to a Reddit post, the crashing is due to the game’s save file becoming corrupt, and the only way to fix the crash is by going back to a previous save point, and pray that save point is isn’t corrupted.
I wonder how many crashes are due to save games becoming corrupt because of using ‘unsupported’ console commands.