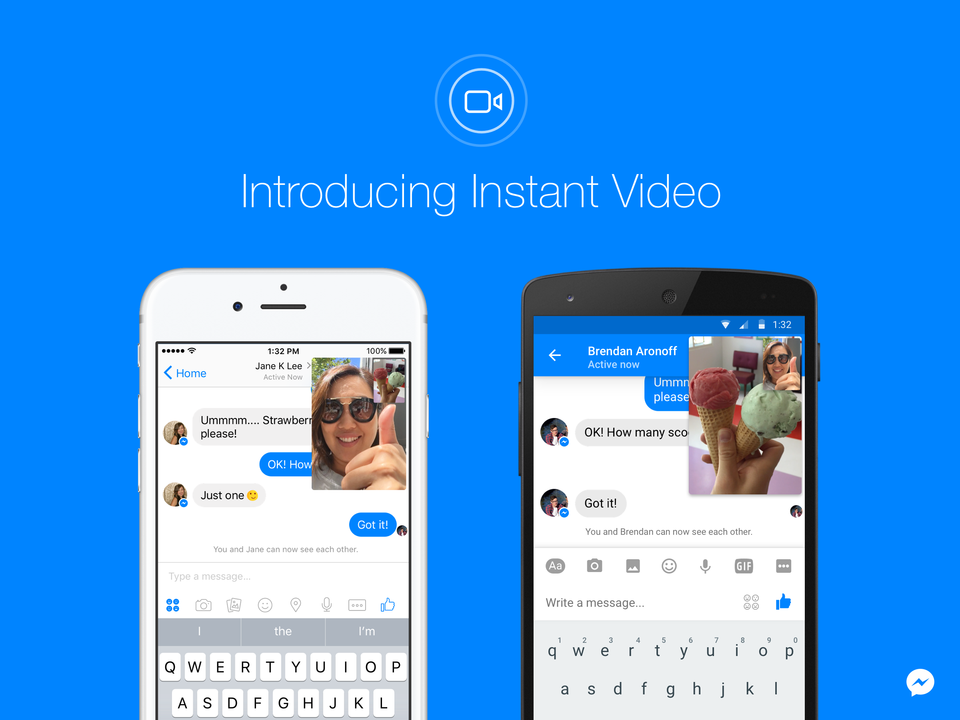 Facebook just pushed out a significant update to Messenger on both iOS and Android, adding a new 'Instant Video' feature to the fore. What does the new feature do? We'll run our readers right through it.

If you were seeking for further proof whether 'live video' is being taken seriously by Facebook then look no further than today's update. 'Instant Video,' which is now available on both Messenger for iOS and Android lets users initiate a live video right from a one-to-one conversation in Messenger itself. The user at the other end does not have to press a green little button or anything to get things rolling. Simply tap on the video camera button on your end at the top right hand corner of the conversation and things will kick off instantly. It's live video, but on a more personal and private level. How cool is that?

At first, the video will be initiated without sound. But of course you can change that by tapping on the video itself. And, if you so wish, you can convert the live video into a regular one-to-one video conversation.

Here's what Facebook has to say about Instant Video in an official press release:

Instant Video is a reflection of the ubiquity of video — we simply expect to have that ability in real-time, all the time. With Instant Video, you can bring your conversations to life in the most authentic way — seamlessly and instantly. It’s perfect for sharing quick moments with friends who aren’t right by your side or making your conversations richer by seeing each other face-to-face when you are messaging.

Sometimes you want to ask a friend’s opinion on a pair of shoes you want to buy, weigh in on what ice cream flavor they should bring home, or just want to see your BFF’s reaction to your witty message when you’re in a place where you can’t actually talk live.

We honestly believe that this is a cool little addition by Facebook to Messenger as it will allow users to break a lot of news to other people using live visuals rather than just plain old photos. And the best part about the whole update is that it's absolutely free. Simply head over to the App Store or Google Play to grab the latest Messenger update.

If you haven't installed Facebook Messenger already, then you can do so by tapping on the link below.