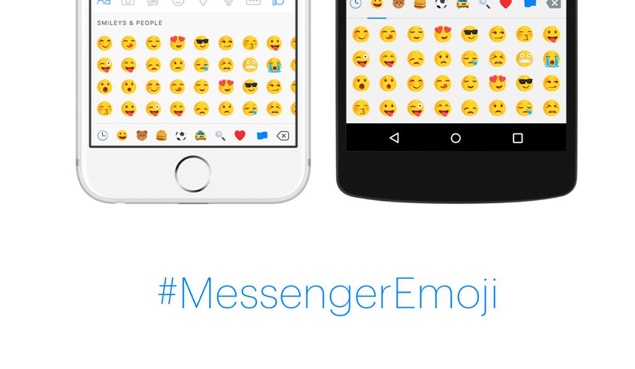 Facebook just updated Messenger with way over 1,000 emoji characters and they're available for consumption right away on all platforms.

Facebook Messenger Graces 1,500 New Emoji Characters That Are Diverse And Consistent Across The Board

Emoji characters are taking over the world faster than developers can churn out new messaging apps. With thousands of characters to choose from, there's one for every occasion and big names in the industry have wasted no time in understanding their potential. So today, Facebook has announced a big update to Messenger on platforms, bringing with it 1,500 emoji characters that are extremely diverse and consistent across the board.

By consistency we mean everyone sees the same emoji regardless of the platform they are on. For instance, if you're on Android, you might see an emoji character slightly different to how an iOS user sees it on their device. But with this update, everything changes, and you can see the same emoji across the board. And furthermore, since everything is consistent across the board, therefore you won't see tiny black or white boxes in Messenger just because your platform doesn't support a particular emoji. That alone is reason enough for people to jump onboard the Messenger bandwagon.

Moving on, in order to use the new emoji characters, simply launch a Messenger conversation and utilize the new emoji picker to get on with your business. We're certain you'll get the hang of Messenger's newfound feature, but will it make Facebook's messaging platform your go-to service? Well, that totally depends on you.

If you have Messenger installed on your iOS or Android device then you can grab the latest update directly from the App Store and Play Store, respectively. The feature is available for everyone immediately, and if for some reason you don't see it rolled out for you, then there's no need to panic. We live in a big world and good things arrive on our doorsteps at a mundane pace, so hang in there.

With every new release, Messenger keeps on getting better and better, but established apps such as WhatsApp take the cake when it comes to a strong user base. Although WhatsApp is owned by Facebook itself, it remains to be seen whether at one point both Messenger and WhatsApp will see a merger. Our gut feeling suggests that might not happen, but we can't rule out the possibility, right?

Meanwhile, drop your thoughts regarding the new emoji update for Messenger in the section below. And update that app immediately if you're on mobile.