Facebook has just updated Messenger for iOS and now includes an Apple Watch app which is watchOS 2 compatible. 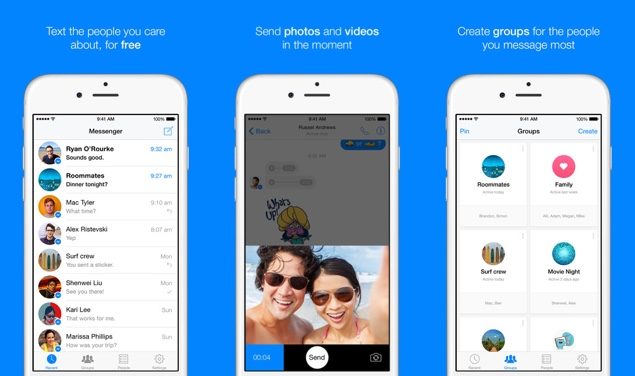 During Apple's 'Hey Siri' event, where the Cupertino giant revealed the iPhone 6s and the new Apple TV, the company also showed off the Facebook Messenger app running on an Apple Watch. Today, the social network giant has pushed out version 38.0 of its Messenger app for iOS, and it now includes an Apple Watch app.

The Messenger Apple Watch app is fully watchOS 2 compatible, which means that it's a fully native offering running on the wearable. Apart from that, you can expect the usual suspects to make the cut, such as replying to a message using your voice, and going through different conversations. But that's not all, for those of you who love Facebook Stickers, the social network giant has thrown those into the mix as well, so you can rest assured that your conversations will stay rich and lively no matter what. After all, who doesn't like Stickers right?

You can now use Messenger on watchOS 2 Send and receive voice clips, Likes, stickers and more. With iOS 9, you can now find Messenger contacts and conversations from your phone's search screen, and access Messenger from the list of multi-tasking apps on your iPad.

As you can see from the release notes, the app is also now fully iOS 9 compatible, which means that you can now search through the Messenger app right from your iPhone or iPad's home screen. Furthermore, you can now multitask in a far more better way if you have an iPad at hand, thanks to iOS 9's new multitasking features for Cupertino slate.

The Messenger app is absolutely free on iOS, and if you have it already installed on your device, and also happen to have iOS 9 onboard, then we highly recommend that you update right away to reap the benefits which Facebook has packed into the new and updated release.

If you have the Messenger app already installed, then simply launch the App Store from your device's home screen and tap on the 'Updates' tab. Over here the new version 38.0 will be sitting for your download approval.

If you're installing fresh, then you can grab the Messenger app from this link. Simply tap on the aforementioned link and you're good to go.

If you do try out the new and updated Messenger app for iOS, then don't forget to share with us with you think about it.