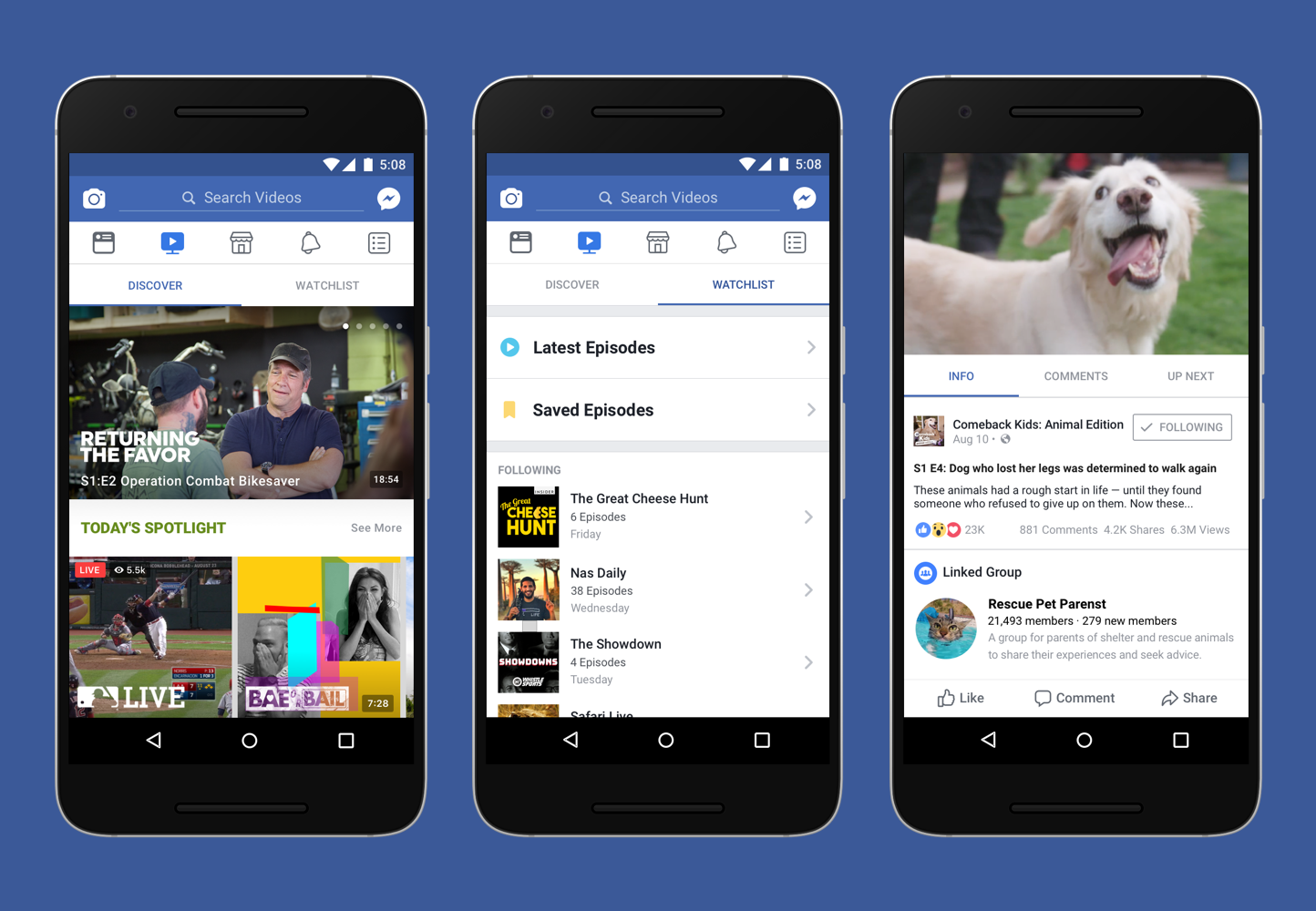 We previously heard in May that Facebook was working on introducing its own original video content. Not so long after that, we also got to know that the company was planning to launch the new feature in mid-August. However, at that point, no exact dates were provided. Facebook's foray will possibly be launched soon in the television industry - introducing a slate of original content for users. Today, in a blog post, the social networking giant announced that it is adding a brand new "Watch" section to its website and mobile apps. So let's dive in to see some more details on the subject.

The upcoming Watch interface from Facebook will put forward the company's attempts into the original content market. It will contain episodes of shows with a theme and a storyline. In addition to this, it can either be live or recorded. The new Watch addition also carries a recommendation section as well as a "Most Talked About" section.

We’re introducing Watch, a new platform for shows on Facebook. Watch will be available on mobile, on desktop and laptop, and in our TV apps. Shows are made up of episodes — live or recorded — and follow a theme or storyline. To help you keep up with the shows you follow, Watch has a Watchlist so you never miss out on the latest episodes

Watch is personalized to help you discover new shows, organized around what your friends and communities are watching.

For example, you’ll find sections like “Most Talked About,” which highlights shows that spark conversation, “What’s Making People Laugh,” which includes shows where many people have used the “Haha” reaction, and “What Friends Are Watching,” which helps you connect with friends about shows they too are following.

Just like Facebook's live stream comments, the original content would feature the same social aspect. This means that you will be able to make comments on the content. In addition to this, you will also be able to table part in the show's dedicated Facebook Group. According to reports from the Business Insider, Facebook will launch its full programming range in 28th of August, which will add an approximately  40 shows from various partners. 'Watch' will be available to a limited number of users in the beginning and will be rolled out to everyone soon. We will keep you guys posted for more details on the subject.

This is it for now, folks. What are your thoughts on Facebook's upcoming Watch platform for original content? Share your views with us in the comments.