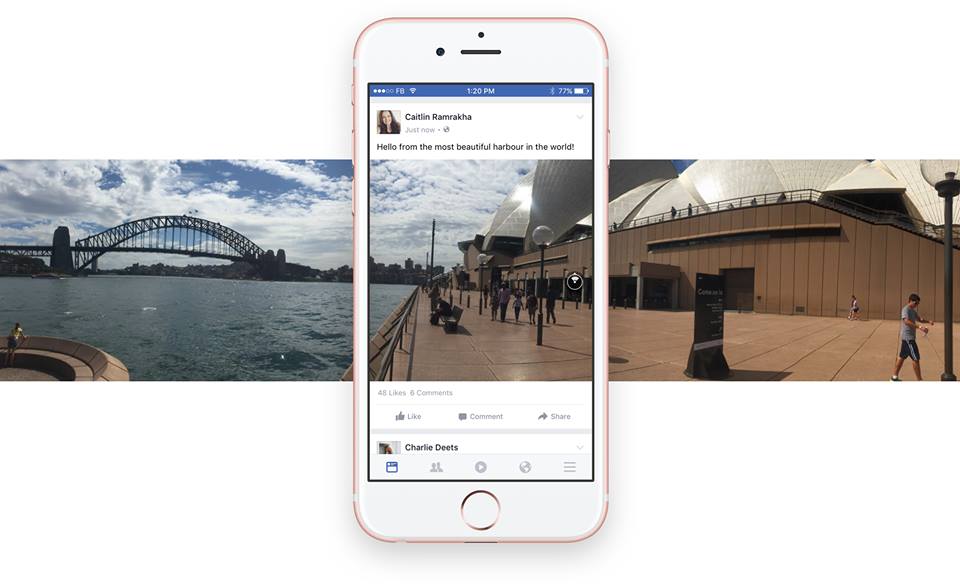 A few months ago, Facebook launched 360-degree photos on iOS and Android. Today's small update to the process has made things simpler for all those panoramic view lovers. The update adds Initial View to Facebook's 360-degree photos that allows you to set a section of the image which will be displayed to your friends.

Facebook Initial View Is Available On iOS, Android And Desktop

Prior to today's update, Facebook will randomly pick a section of the complete 360-degree photo and display it on the news feed. This way, the photos lacked the focus point and your friends had rough guess what the photo is about. The 'Initial View' feature launched today is one of the many things that needed to be taken care of.

So what is Initial View and how can you enable it? The update allows users to personally select the desired best section of a 360-degree photo and mark it as the initial image that will appear on your friends' news feed. With this addition, your friends will know what the photo is centered towards and give them a clear direction with what is happening in the photo.

We've heard you loud and clear and we're excited to roll out the ability to set the initial field of view on your 360 photo on iOS, Android and Chrome for desktop. To change the view, simply upload a 360 photo, then, before posting, move your photo around by dragging with your finger or select Edit on desktop and move the mouse until you've reached the desired view. Your friends will now see this angle of your photo when you post to Facebook. Please note, we have not enabled zoom with this feature.

Doing this is pretty simple. Initially, you have to take the 360-photo as you normally would. When it's time to post, simply drag around the photo on your smartphone and you're good to go. On a desktop, click on "Edit" to find the area of the photo that you want to be the initial view of the picture. This way, anyone scrolling on their desktop would see the image as you have set it. Once the 360-degree is clicked, more details on the photo will be revealed.

It's definitely good to see that the company is making things easier for users. Whether it be in the content department or the ease of uploading photos.