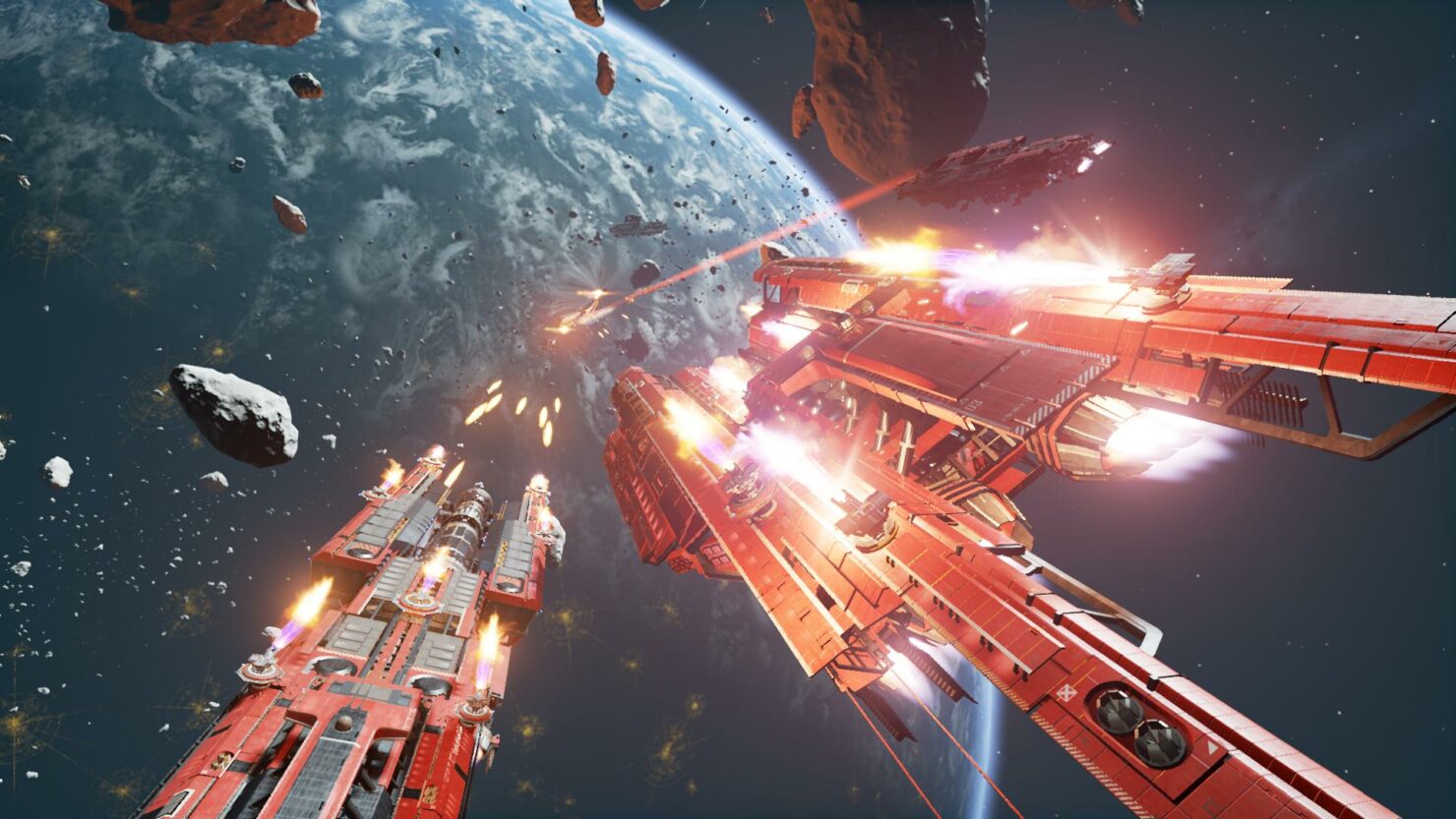 After two years on Steam Early Access, Fractured Space has now fully launched as a Free-to-Play title. The Space MOBA, made by British studio Edge Case Games with Unreal Engine 4, pits two teams of five giant capital ships against each other in matches that highlight teamwork and strategy with MOBA-style lanes and sectors as players work toward the goal of destroying the enemy’s team base. In essence, it plays similarly to Dreadnought.

Our Fractured Space journey started with a small studio, a love for sci-fi and the passion to create the space MOBA game we always wanted to play. With the support of our player community feeding into our Open Development philosophy, nearly 100 updates over two years have brought us to launch with intense team-based battles between teams of giant capital ships vying to dominate sectors, win ship-to-ship battles and achieve ultimate victory by destroying the enemy’s base station.

The main Conquest mode offers varied gameplay possibilities with three lanes, five sectors and an epic endgame scenario to destroy the enemy base. The streamlined Frontline mode, available to players level 8 and higher, has a single lane and a 10-minute limit for capturing the enemy base before the game goes to sudden death overtime. In both modes, a sleek new UI experience delivers players the info they need during matches, and matches in general have been tweaked to accelerate early game progress. New kill screen graphics show players how their ship went down and spectator mode cameras now let streamers present the game in a more cinematic light.

For this launch, Edge Case Games have also added AI Captains for solo and co-op play vs. bots, which was a top requested feature from the community. Not only these are useful for new players learning the game, they may also take over for any player that loses connection during a match, thus avoiding any interruption in the game.

Players can also now create a party of five and venture into a match together, or set up a custom match for ten players. The developer promised more features soon, such as the ability to draft different sectors before a match to choose a configuration suiting your team’s play style.

Have you been playing Fractured Space? If so, what's your take on it? Tell us in the comments.