The free to play online FPS, Dirty Bomb is getting a new update called Containment War coming out on the 28th. This new update will add a whole host of new features and finally fully implements the Execution Mode. 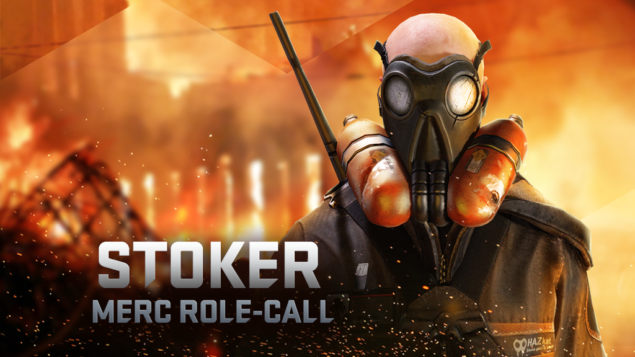 One of the newest mercenary available

Dirty Bomb gets a new update, and you might have more reasons to continue to play it.

This new update is the largest yet and will adds a tremendous Dome map for the Objective and Stopwatch modes. Also inside are a brand new mercenary, which puts the number you can choose from at 17. Stoker is apparently quite handy with molotov cocktails and has a deployable ammo station to help out the rest of his team.

Execution mode has also been added with two maps to start with, Overground and Market. This mode only gives you one life, so there is no respawning. You'll get to fight over a total of 12 rounds where the idea is to eliminate the enemy team or destroy a section of the massive containment shield by planting a bomb. Perhaps not quite as exciting as it sounds, but we'll all get to find out on the 28th of October.

To help give you incentive to come back if you've strayed form the course, there'll be limited-edition event loadout cards that give Containment War character and weapon skins. You can get those through equipment cases.

Abandoned after a mysterious disaster in 2020, London is a shell of its former self. Dirty Bomb gives players a chance to assemble a team of mercenaries with highly specialized skills to explore and exploit the city’s streets that have become a playground of Private Military Companies who are battling to control the riches left behind.