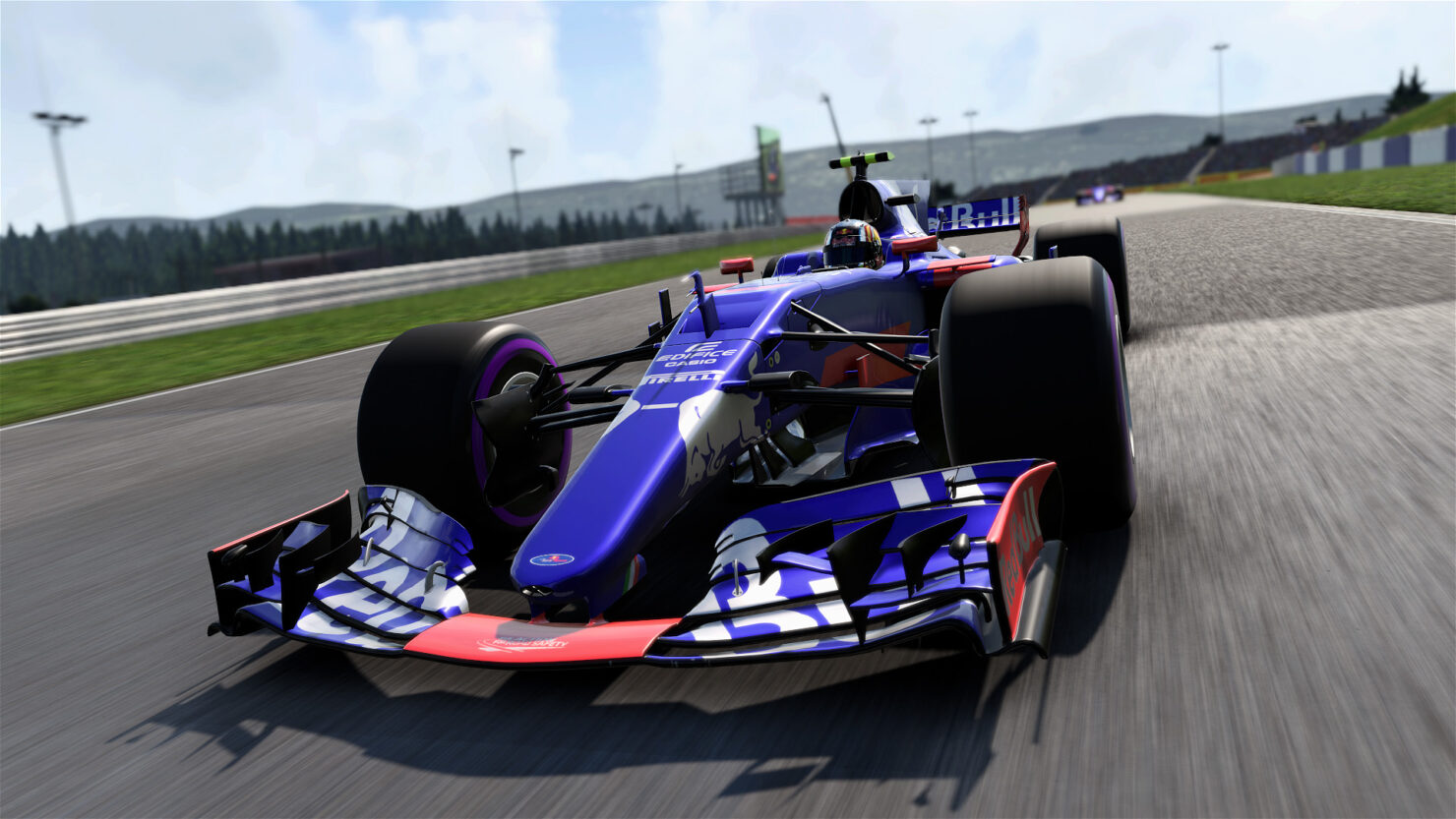 Sony has provided more details about the F1 2017 PS4 Pro improvements, including 4K and HDR support alongside other visual enhancements.

As covered in recent our interview with Codemasters’ Creative Director Lee Mather, F1 2017 will support High Dynamic Range (HDR) on consoles, including the PS4 Pro, Xbox One S, and the upcoming Xbox One X.

Aside from the more crisp, natural colors that HDR offers, image quality of the game has been increased with a full 4K output resolution of 3840 x 2160 at 60FPS through the PS4 Pro’s checkboarding technique.

The use of checkerboard rendering on the Pro also allowed the development team to further improve the game’s visuals by enhancing environment reflections and shadow precision.

In addition, environment shaders have been upgraded to provide a more detailed overall appearance:

Finally, track shaders also receive an upgrade, once again thanks to the clever design of the PS4 Pro hardware. As the developers explained, “packed fp16 ALU operations, which are unique to the PS4 Pro in the console space, offer us a very powerful tool for optimising shaders, allowing us to enhance CU occupancy and reduce overall instruction count.”

For the less tech-savvie, this ultimately means the hardware design naturally lends itself to providing higher-quality environment shaders, allowing the team to give tracks a more finely-detailed overall appearance.

The above applies to those playing F1 2017 on a 4K-capable screen, but for those who are using a regular full-HD screen, Codemasters has improved image-quality by offering “down-sampling”, which smooths jagged edges, and refines object and texture detail.

Codemasters officially announced the next F1 installment back in May of this year. “After an extremely successful year with the highly acclaimed F1 2016, we are delighted to be announcing F1 2017 and re-introducing classic F1 cars back to the series” said Paul Jeal, Game Director at Codemasters.