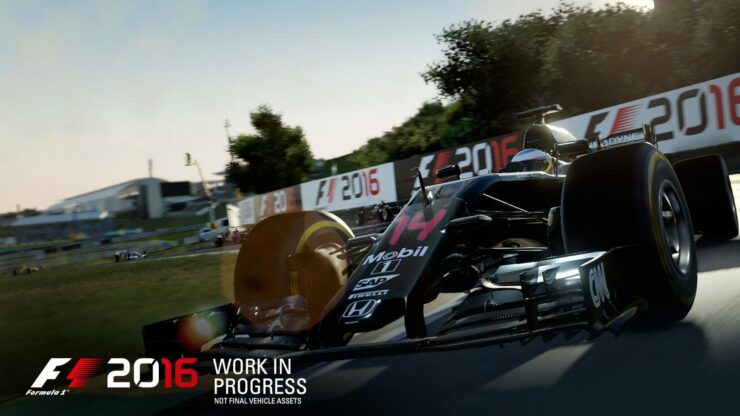 F1 2016, the official Formula 1 racing game currently in development by Codemasters, has received its final release date last month, and the publisher has been talking more about its new features since then. A few hours ago, some new features have been confirmed for F1 2016 with a brand new trailer, which should make racing games and Formula 1 fans even more excited for the upcoming game.

Among the major new features included in F1 2016 are a multiplayer mode supporting up to 22 players, which will allow real players to fill the full grid, manual starts, the Formation Lap, which appears for the first time ever in the series and more. The game's latest trailer showcases some of these features, and you can check it out right below.

Codemasters previously announced that both the Safety Car and Virtual Safety Car are featured in this year’s game; they will be complimented by the addition of manual race starts, adding to the pressure on the driver as they sit on the grid. They will have to engage the clutch and balance the revs as they wait for the lights to go out. Reaction times are vital to avoid a jump start by going too early or getting stuck on the grid as the anti-stall engages. The driver will also be able to have manual control over their pit lane entry and braking as they look to minimize the time they lose when pitting.

The first F1 2016 gameplay videos have been made available last month, showcasing the Baku street circuit. Among the new features already confirmed for the game is the all new Career Mode spanning 10 seasons.

Players can create an avatar within the career mode, select a number to take with them through their career, and then select which of the 11 teams – including newcomers Haas F1 Team – on the grid they will start their career with. They can then earn contracts and pick their moves between teams, or elect to stay at one in a bid to turn them into championship contenders.

FI 2016 launches on PC, PlayStation 4 and Xbox One this August.