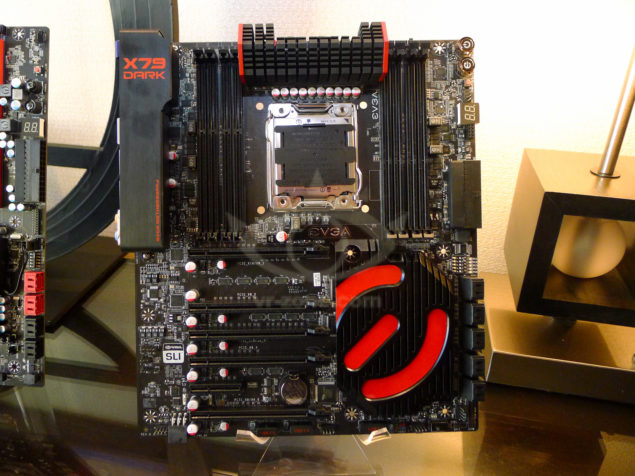 EVGA X79 Dark features the X79 Chipset and Socket LGA 2011 to support the latest and upcoming Sandy Bridge-E processors. The EVGA X79 Dark makes use of a 12 + 1 Phase PWM which is covered by a large heatsink matching the red and black color scheme of the motherboard. Eight DDR3 DIMM slots are located on the EVGA X79 Dark which can support upto 64 GB of overclocked memory. Expansion slots include five PCIe 3.0 x 16 and a single PCIe x4 slot which offers support for Quad-Way SLI for NVIDIA GPUs.

We can spot a total of 10 SATA ports on the X79 Dark being a mix of SATA II and SATA III. The X79 chipset besides them is covered by a large metallic heatsink with an 'E' label denoting that it is an EVGA mainboard. On the side of the memory slots, EVGA has added debug switches including an EVBot connector and Power On/Off and Reset switches for easier overclocking management.

The X79 Dark comes with a large variety of I/O options such as Dual Gigabit Ethernet, Built in Bluetooth, 7.1 Channel Audio, USB 3.0 and USB 2.0 ports. The launch is being planned for Q2/Q3 2013, a few months earlier than Intel Ivy Bridge-E launch. 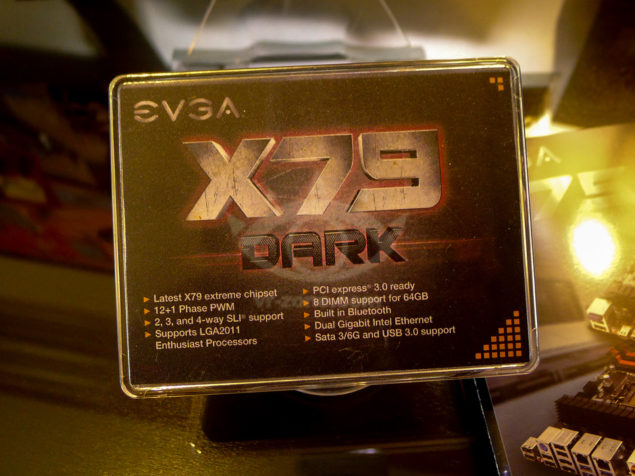 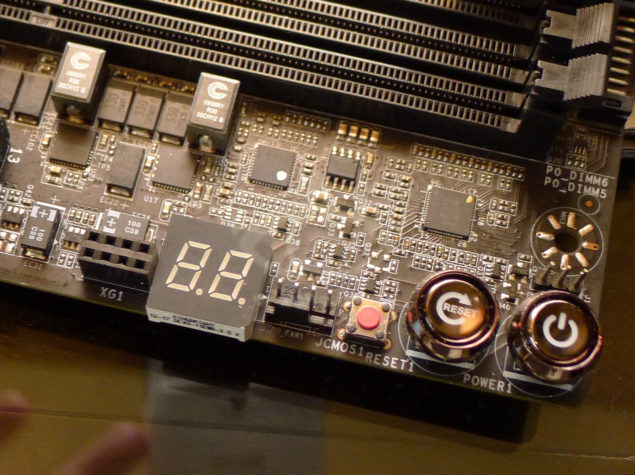 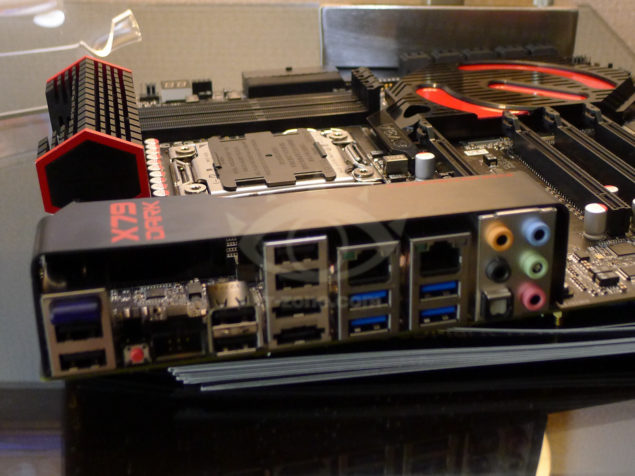