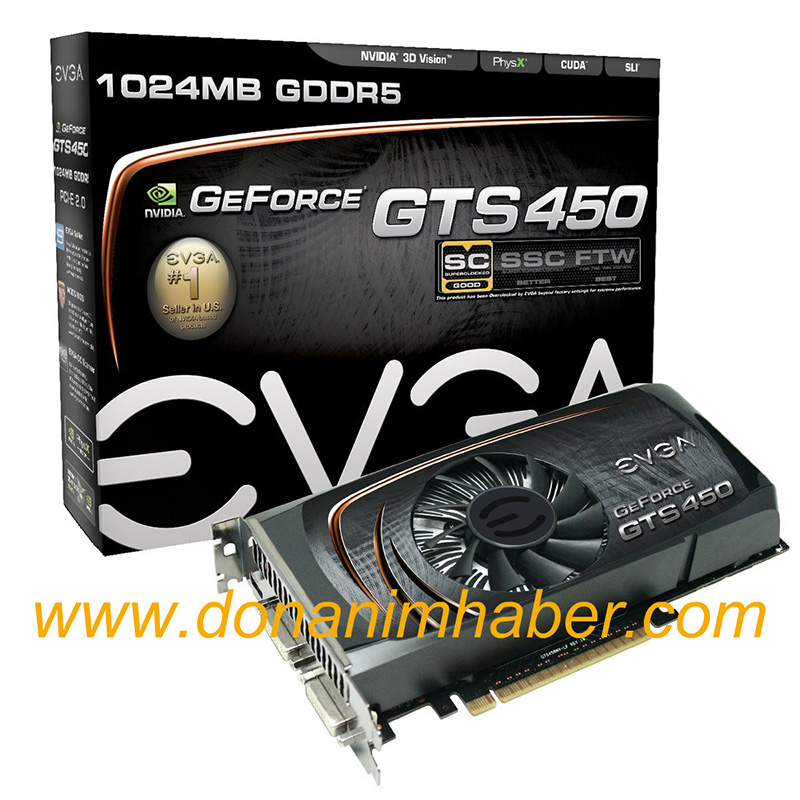 EVGA's upcoming Gefore GTS 450 SC (SuperClocked) Graphic Card has been pictured and detailed. The SuperClocked Variant features clock speeds of 882 MHz core, 1764 MHz CUDA core, and 950 MHz (3800 MHz effective) memory which are much higher than the stock refrence clocks of 783/1566/900(3600) MHz core/CUDA core/memory. The SC being the level 1 factory overclocked variant reveals that the card overclocks like a beast. If that is so than expect much more clocks from different GPU manufacturer's .

The PCB of the card is colored Black all the way from top to bottom and the cooler of the card looks quite the same as the GTX 460 but the heatsink underneath is different, As we know that the GTX 460 comes with a spirally-projecting, forked aluminum fins, and heat is also conveyed to two arc-shaped dense aluminum fin blocks on either sides of the heatsink by two heat pipes while the Heatsink underneath GTS 450 is more like a disc aluminum array which looks like a Intel Stock heatsink. The card uses 1GB GDDR5 memory on a 128-bit wide memory interface. Price of the card is expected around 150-160$.