EVGA has revealed the third upcoming member in its Intel's LGA 1366 based Motherboard Series, The X58 Classified3 (model number 141-GT-E770-A1). The new motherboard comes with some new features which include USB 3.0, SATA 6 Gb/s, and support for Intel's Latest Six Core Processors. Featuring a High end 10-phase digital PWM voltage regulation this Motherboard is best for overclocking purposes for Hardware Enthusiasts. The design of the board is pretty nice which is a mixture of the original X58 Classified design and like the X58 Classified E760. The board comes with only one X58 northbridge and no additional NF200 chips through which Four PCI-e x 16 slots are connected (configured as x16, NC, x16, NC; or x16, NC, x8, x8; or x8, x8, x8, x8; depending on how they're populated). Other slots include a single PCI-E x1 and PCI slot. 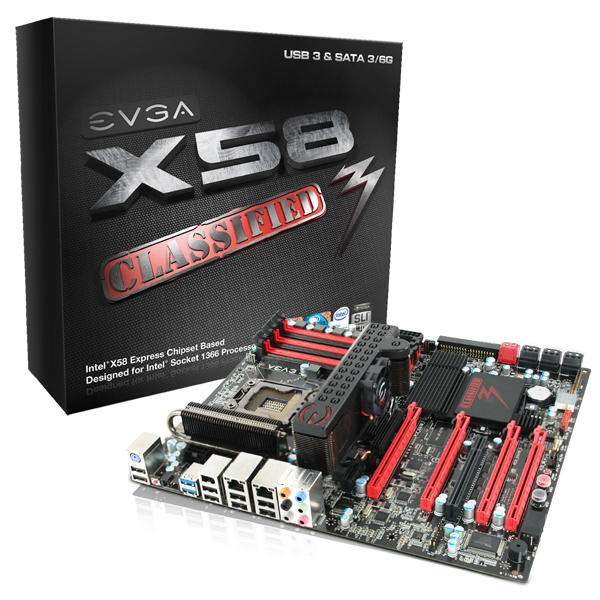 socket with 300% more gold on the pins, vDroop control, consolidated voltage measure points, support for the EVGA EVBot accessory, Dummy OC (one touch overclocking), and a diagnostic LED display. Specs of the board look really great and a price tag of US $369.99 sounds good enough.  😀 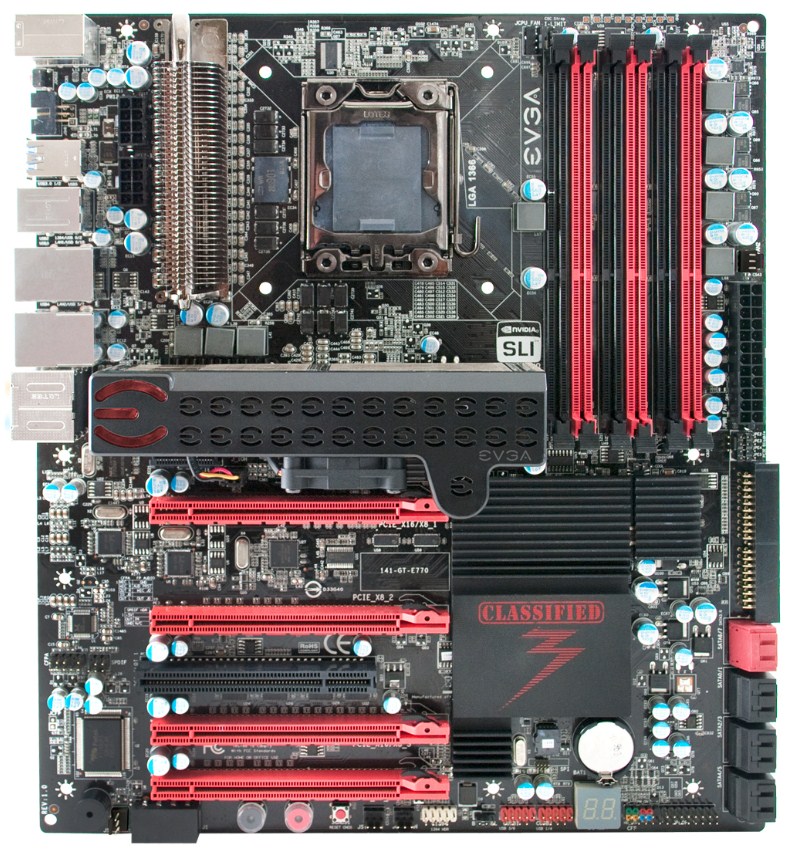 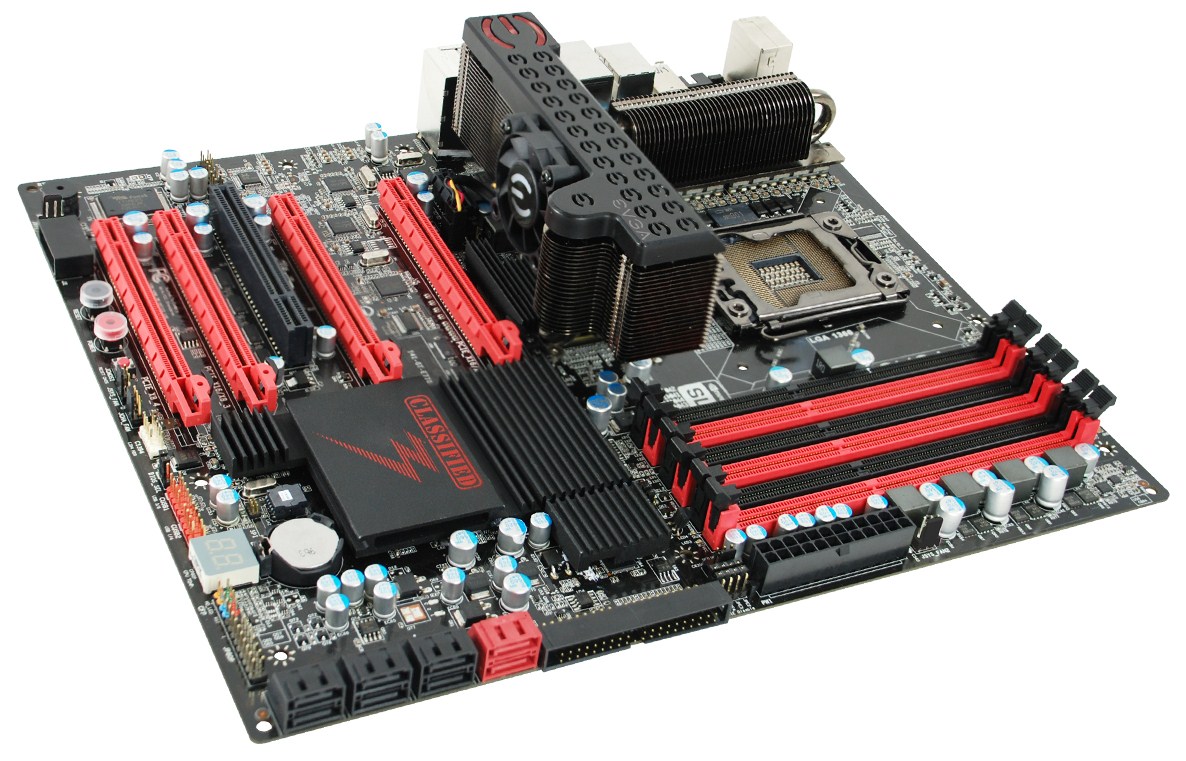 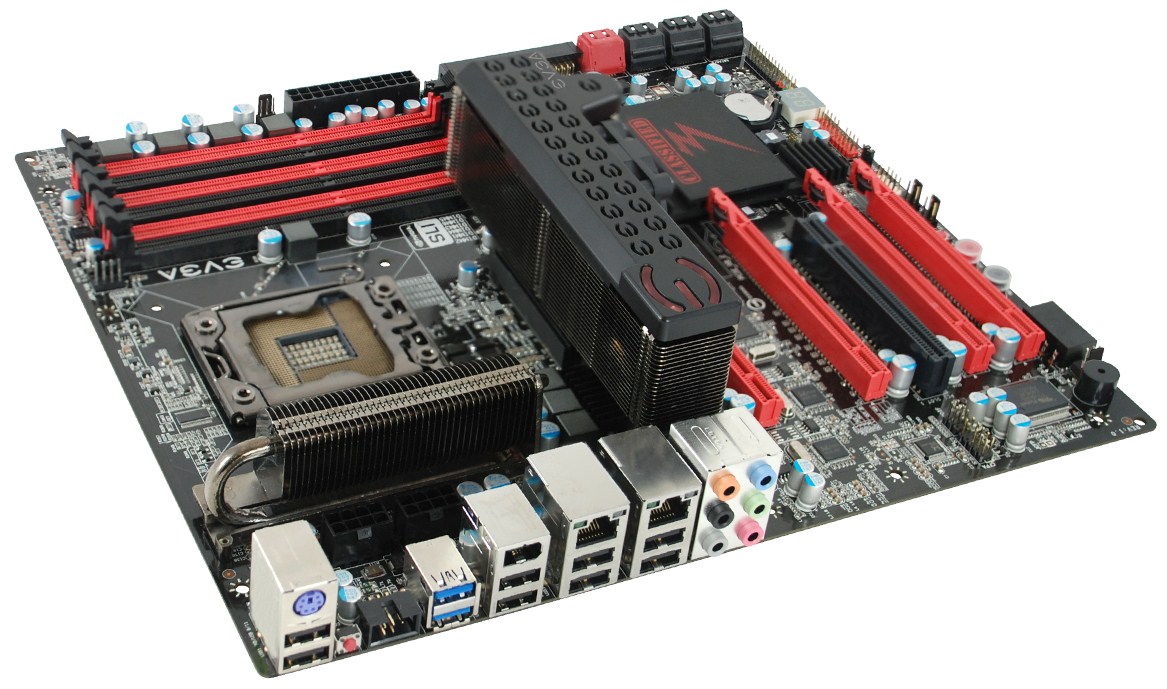