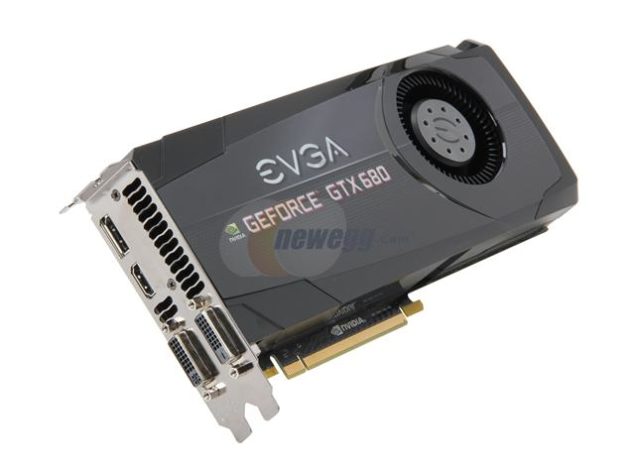 With only a few hours left in launch, several GeForce GTX 680 have started to show up on online retailers. EVGA's GeForce GTX 680 featuring the reference design has also been spotted on Newegg which is priced at $509.99.

Display outputs include two DVI, HDMI and a Display port through which 4 displays could be run simultaneously. Expect the card to hit store shelves in the morning after its official launch! 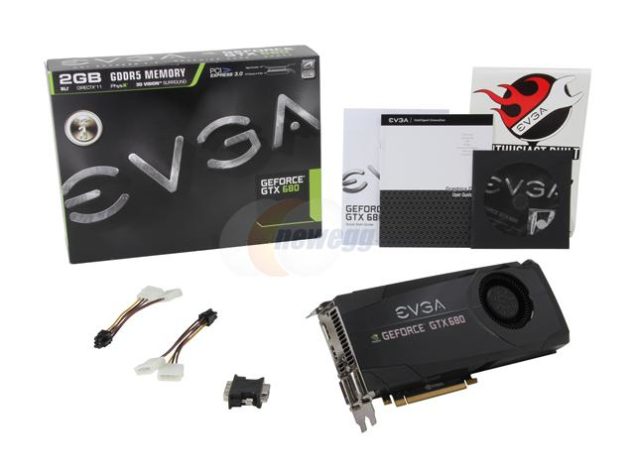 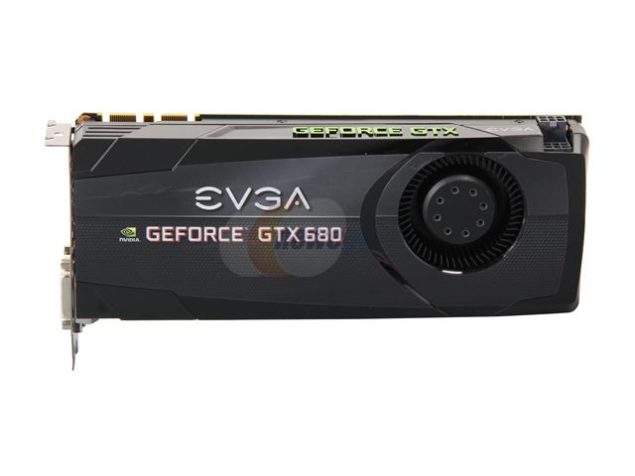 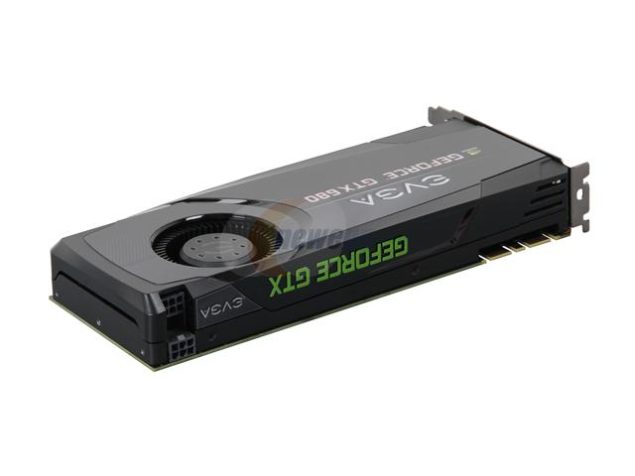