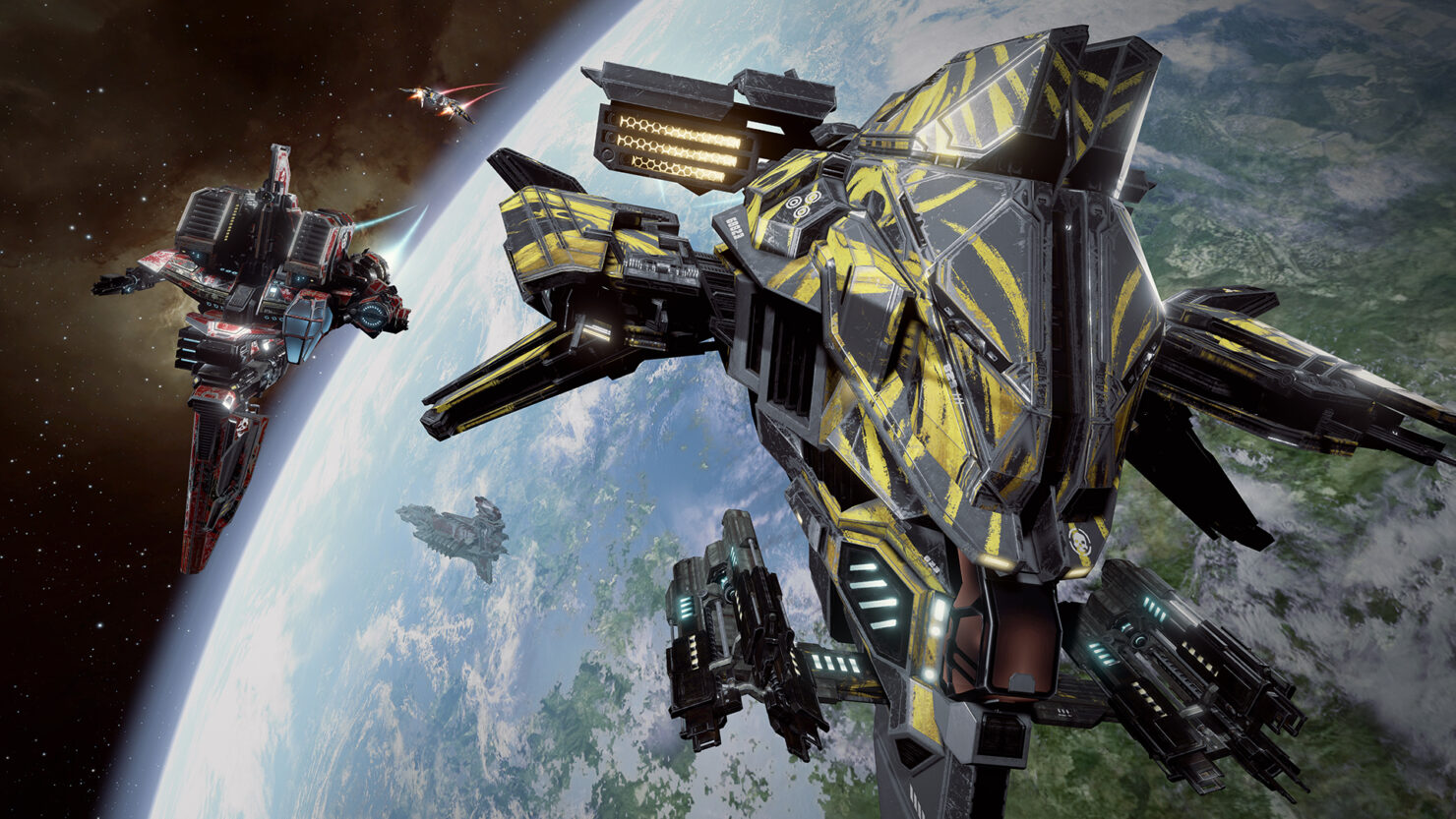 EVE: Valkyrie Warzone is set to add significant changes to the game. To begin with, it will be fully playable without a VR device later this month.

We've reached out to CCP in order to learn more about this update. Speaking with Lead Game Designer Andrew Willans, we found out the technical specs of both versions (PS4/PS4 Pro and PC) under the traditional 2D modes.

On PS4 we use a dynamic resolution technique developed by Alex Vlachos at Valve where you change your resolution based on what’s getting rendered on the screen or VR Headset. This is to render the game at high resolution when you’re flying around the map and fallback to a lower resolution when you’re in the heat of battle, where explosions and other effects slow down rendering. On PSVR we render between 1920x1080 and 2880x1620 at 60 frames-per-second, this is true for both the PS4 and the PS4 Pro. The PS4 Pro has extra graphics features like dynamic shadows and improved effects we can’t run on the original PS4.
For 2D we use the same dynamic resolution technique, this lets us run at native 1080p at 60 frames-per-second on PS4 and between 1920x1080 and native 4K (3840x2160) at 60 frames-per-second on a PS4 Pro where a 4K display is available, though most of the time it will be somewhere in the middle.

Additional graphics features are available when running at 1080p on PS4 and PS4 Pro compared to the VR versions such as improved effects, shadows and lighting.

VR on PC requires us to run at 90 frames-per-second at a high resolution (around 2916x1620 for decent image quality) which requires high-end graphics card from the last year or two. Tech like NVIDIA’s multi-reprojection support saves performance by rendering the edges of the screen at lower resolution, where you don’t notice the difference. For 2D rendering, the minimum requirements are much lower (1920x1080 or even 1280 x 720) at 60 frames-per-second. We’re still locking down the exact minimum-spec, but Valkyrie should run on most medium to high-end DirectX 11 hardware from the last 7 years or so (GeForce GTX 470 and up) and a 3rd generation Intel i5 (Ivy Bridge).

As for 4K at 60 Hz, we’re still doing final optimisations and testing so I don’t have any concrete info on that at this stage. In a recent test, we used a 1070 card which ran the game at “high” settings at 4K/60 Hz. So, we’re confident that we’ll see some great results from the top end graphics cards. Watch this space!

Check back tomorrow for our full interview on EVE: Valkyrie Warzone.