Enermax released its new LED case fans. The fans are very brightly coloured and illuminated and look same as the previous Apollish series fans which Enermax released last year. The difference between those and these fans is that the new one's are said to be more efficient with better airflow and come with 18 LED's in a single fan. The fans are available in 120mm and 140mm and colours are Red, Blue, Green and Silver. A really cool feature of the fans is that the blades are detachable so you can easily clean them up. Here are the key features of the fans: 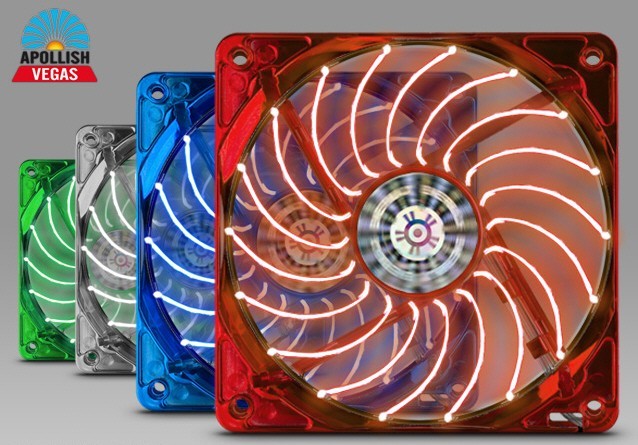