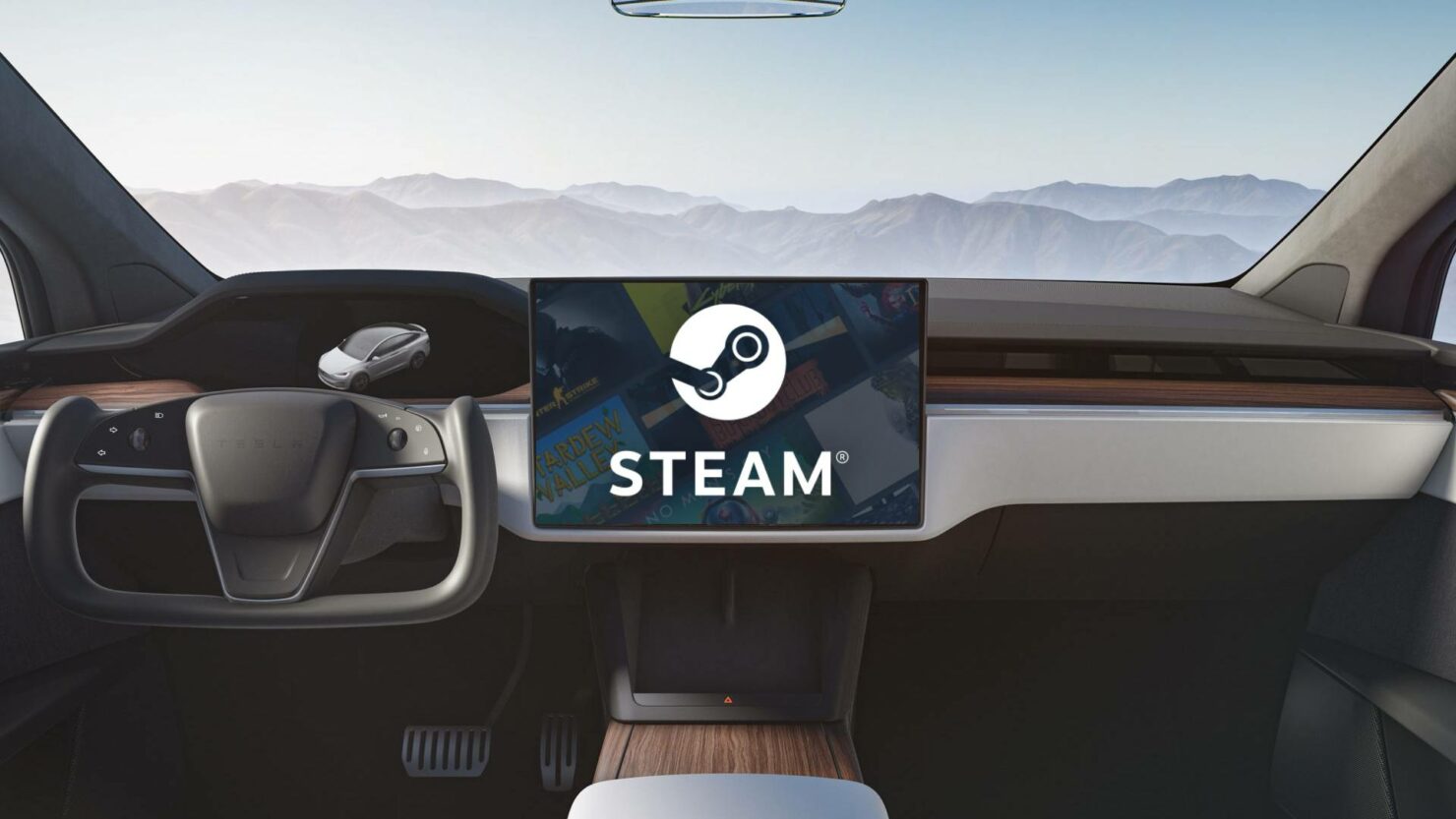 Portability is what drives today’s topic, and in a format not commonly associated with gaming: driving a car in real life. Tesla cars continue to push the boundaries of what can be accessible within a car, and according to a tweet from Elon Musk, the businessman is looking into having the Steam service function in those cars.

We’re working through the general case of making Steam games work on a Tesla vs specific titles. Former is obviously where we should be long-term.

Steam games being played from the comfort of your car is definitely not a direction that was expected. But it looks like that may be in our future, given the specs of Tesla’s Infotainment system. Boasting a 17-inch screen with 2200×1300 resolution and powered by Navi 23 GPU, delivers up to 10 TFLOPs of power to the display.

Steam offers some of the most popular games on the market, all at the convenience of your own computer. Operated by Valve, the service is getting its own handheld, titled the Steam Deck. The device is meant to take your Steam library anywhere without having to drop over $1000 on a gaming laptop.

A teardown video of the specifications of the Tesla computer was originally made by YouTube user Ingineerix that goes into greater detail about its specs. One of its bigger points is that it’s powered by a custom-built Ryzen APU is a quad-core 45W APU with 0.5MB of L2 cache and 4MB of L3 Cache. You can watch the full teardown below.

Tesla plans to add this technology to three cars coming out within the next few years; the Model X, the Model S, and the Cybermeme, I mean, the Cybertruck. The last of those three, being the Cybertruck, is set to hit the automobile market next year. We’ll continue to update if more updates are released for the upcoming project. You can visit Tesla’s website here.