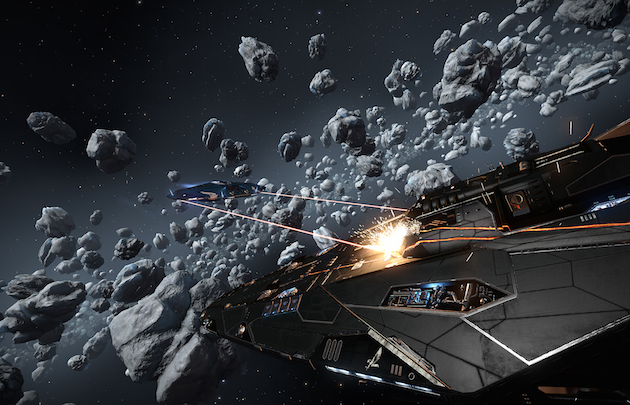 We’re thrilled to announce SteamVR support as part of the ongoing expansion of Elite Dangerous. Back in December 2013 we were among the first to support virtual reality with a triple-A game, and for me, exploring, trading and fighting throughout Elite Dangerous’ 1:1 scale Milky Way remains an unequaled virtual reality experience. We have been working closely with Valve to bring Elite Dangerous to HTC Vive, and we are delighted with the quality we have been able to achieve.

Frontier's Elite Dangerous is an excellent example of a team leveraging the versatility of the Vive and Steam VR. Players take the helm of an amazing starship experience.

Beta support for Steam VR is already available in the Elite Dangerous: Horizons beta. After the official release of Horizons, all Elite Dangerous players will get a free update adding Steam VR support, even if they don't own Horizons.

Speaking of the beta, check out this preview by Jeff.