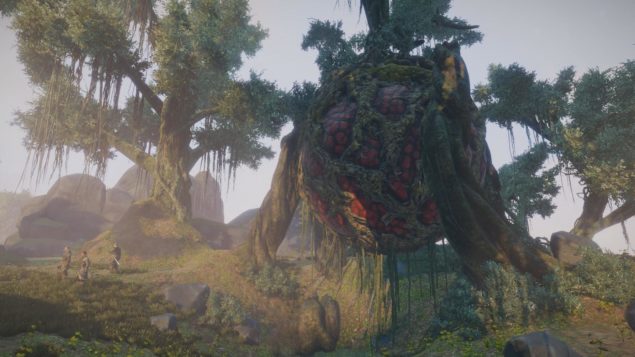 During Gamescom 2015, Piranha Bytes and Nordic Games announced their partnership on the ELEX project. The developers of Gothic and Risen have now switched setting to Sci-fi. ELEX, which apparently stands for eclectic, lavish, exhilarating and xenial, according to the developers is a handcrafted action role-playing experience set in a brand new post-apocalyptic Science Fantasy universe that puts players into a huge seamless game world full of original characters, mutated creatures, deep moral choices and powerful action.

Some new images were released during PAX East and we've even spotted the first off-screen gameplay footage via Nordic Games' Instagram account.

Here it is! A little sneek peak of the "ELEX" game at #PAXEast ! Take a look for yourself and don't forget, there's still time to come and see us???? !! #paxeast2016 #nordicgames #instagaming #gamingfans #ELEX #livedemo

ELEX already has a Steam page, where its main features are detailed; the game will be released in early 2017 for PC, PlayStation 4 and Xbox One.

In ELEX, you join the war over a powerful resource that gives people great magic-like powers, but turns them into indifferent cold creatures. You decide if emotions and humaneness or cold synthetic logic will rule the world of Magalan.