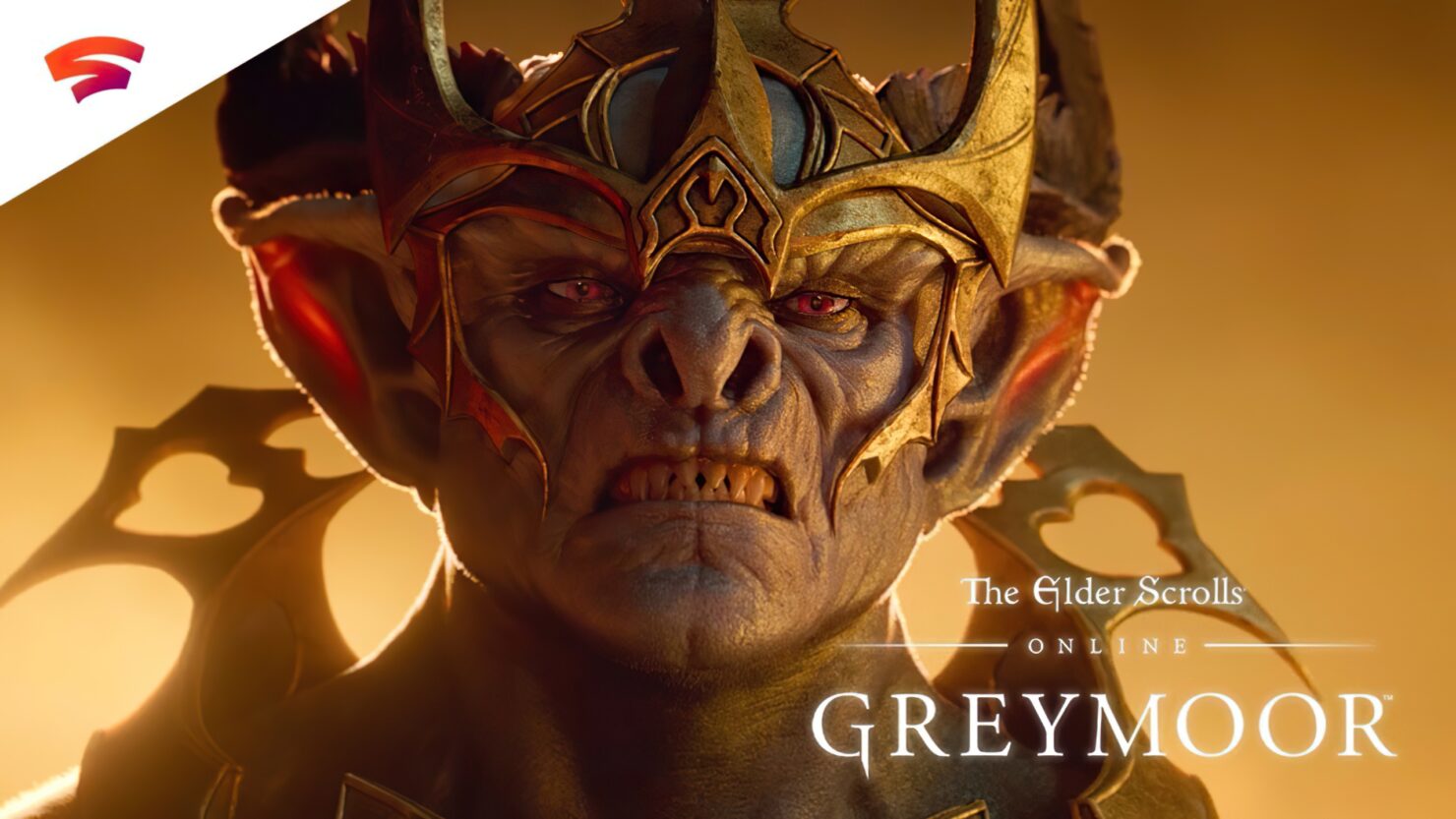 After the recent launch of the Greymoor expansion (or Chapter, as they are officially called), Zenimax Online Studios is preparing the release of Elder Scrolls Online Stadia, bringing the massive MMORPG to the cloud streaming service debuted by Google in late 2019.

The title will be available starting June 16th, featuring cross-play, cross-progression and cross-entitlement with the PC and Mac version. It's also one of the Stadia Pro games for June, meaning it'll be included with the subscription, of which there is a free trial.

We've recently had the chance to discuss the finer details of this undertaking with Zenimax Online's Eric Buhlman, Project Manager for Elder Scrolls Online Stadia. Read on to learn all the specifics of this new version of the game.

Can you give us an overview of the whole Elder Scrolls Online Stadia process?

We're super excited to get this on board. We've been working on it for quite a while in various degrees. One of the neat things with integration would be the fact that we were working on this alongside stadia while the platform has been developed, so that gave us some interesting opportunities to work with, just to make sure that the integration was as smooth as possible. The Google Stadia team helped us overcome some of the challenges of just being in a really big and technically complex game. Right now we're kind of in the phases where we're through, we're getting through final certification. We're crossing the T's and dotting the I's, and the team is very excited to get this thing live on the 16th.

You mentioned the certification process and it looks like that will affect the PC patch cadence a bit given cross-play, right?

With cross-play, there's definitely some additional testing that we want to do. I don't know that it added any kind of extra time to the certification process, but I will say that there are definitely some extra eyes on it on both sides. There's just a lot of edge cases to account for, we want to make sure that everything is as smooth as possible.

Was developing for a cloud-only platform like Google Stadia very different from developing on PC or consoles?

We integrate with quite a few platforms, so we're really used to that. We have pipelines that have been established over the years. Stadia is kind of a layer on top of that. I will say that there are definitely some benefits that we found, some of the same benefits that I think players have with the portability and just how quickly you can get into the game. Certainly, we're seeing that in the studio as well.

Can you share some of the technical details of Elder Scrolls Online Stadia, such as if it supports native 4K resolution and/or HDR displays?

In general, we work really closely with Google Stadia just to balance performance with visuals. Right now, our goal is roughly in between medium and high settings for PC.

We're not looking to share it just yet. But as we get closer to launch, definitely stay tuned for the exact details.

Fair enough. You've mentioned cross-progression and cross entitlement being available for Elder Scrolls Online Stadia. Can you explain what that is exactly for someone who's already playing on PC or Mac?

Somebody playing Elder Scrolls Online on the PC or Mac platform, whether through Zenimax Online Studios or Steam, if you're already in the game you can jump on Stadia and just carry on exactly where you left off. If you're a Stadia Pro member, you're going to be able to get into the base game bundle that we have. And from there, you know, previous purchases. Any of the progression, all that stuff is going to be fully accessible within Stadia, which is super neat. And the reverse is also true, by the way.

So you could buy the game on Stadia and then play it on PC as well.

Yeah, absolutely. You know, for PC platform cross-play, you're always going to want to buy at least the base game bundle in order to just gain access to the game on the platform, but after that, any additional progress or purchases that are made, you'll have full access on both.

Alright, so basically, existing PC players will have to buy the game again for the first time and then any following purchases made on the account will be shared.

Good to know. I understand that Elder Scrolls Online Stadia will include the Morrowind chapter, correct?

Right. Yep, our base game is going to include the Morrowind chapter which is really good for new players, just because it has a refined tutorial. So we felt that that was important to include.

Do you think that there may be some balancing issues with PC cross-play given that PC players have access to add-ons and stuff like that? Or do you think it's not going to be an issue?

I think it's something that - we're always going to pay attention to player feedback on things like that. It's not been a major concern for us though.

Anything else that you want to add about specifically about Elder Scrolls Online Stadia?

I think what's really neat about the integration with Stadia is the fact that Elder Scrolls Online is all about player choice. Getting into the game, if you're a new player, I would say don't be intimidated by the MMO tag on it, you can get in there and play it like an Elder Scrolls game for the story content. When you're ready for some of the more advanced MMO aspects of gameplay, you can jump into those if you want to. I think the fact that the game is made more portable with Stadia tech just fits really well with that mantra of player choice for us, so it's just a really good match and I think we're just all super excited to see what players do with it, new players and existing players with the cross-play stuff.

Are you expecting a lot of new players to come in?

I think it's gonna be neat to gain access to a new group of players. We're always trying to balance that, you know, making sure that we're appealing to the existing player base, but also making sure that Elder Scrolls Online is more accessible for new players. Specifically, when you look at our Greymoor Chapter release, I know they put a lot of time into refining the new player tutorial, so that's a great way to get into the game as well. But yeah, I think we're expecting both. We're expecting new players, but I think existing players are going to get a lot of value to

Elder Scrolls Online Stadia will support both mouse and keyboard and controllers, right?

Is there a touch control system for when you play on a smartphone, for instance?

Great question. It doesn't have touch controls. When you're in the Stadia app menus, a lot of those are touch-sensitive, especially in the storefront and when launching a game and such but yeah, you'll want to use a controller to actually play the game. It's something that we've kind of thrown around. It's a neat idea on how that might work.

But Elder Scrolls Online works really well with controllers already, so the transition is surprisingly natural. I think you'll find when you jump on the phone and play, you'll actually be pretty surprised by how well the UI scales and how everything works. It's been a super neat experience I'll say, just from dev perspective when we're on a meeting and we're talking about details and then somebody passes a smartphone around with this huge game just streaming on a smartphone, even some of the devs that have worked on it for quite a while, you see it in their eyes. It's really neat, we're excited to get that into player hands.

One of the common worries with cloud streaming for games is that of latency. How will Elder Scrolls Online fare in this regard on Stadia?

We've put a lot of time into testing that. We wouldn't want to launch something that added tons of additional latency. We're satisfied with the results. What you would expect is just Elder Scrolls Online on Stadia. We tried to make sure everything was smooth, so I wouldn't expect any major problems there.

Are you going to further tweak the Stadia version over time, or even make it better over time with a dedicated team in place?

Could you share a rough estimate of how many developers worked on porting Elder Scrolls Online to Stadia?

That's a tough question just because we've worked on it in various degrees over time, and we have developers that were kind of pulled from somewhere else, others who were dedicated while some are in it just for their specialty. I don't know if I'd want to throw out a specific number. But you would imagine a similar number that would be part of any kind of scrum team or strike team with rotating specialties.

Is it a comparable size to the console team?

I would say probably roughly equivalent because it takes some of the same specialties.