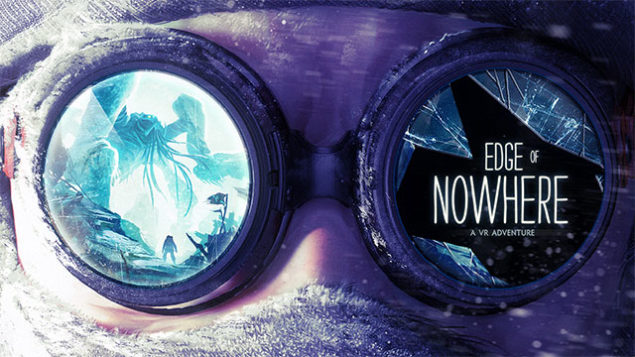 You can view the reveal teaser trailer for Edge of Nowhere below:

Travel to the far reaches of the Antarctic mountains in search of a missing expedition team. What appears to be a rescue mission takes a turn as you venture into the deep unknown, and discover a surreal world that will test your wits and sanity. Scale towering mountains and use makeshift weapons to survive and avoid descending into madness. In Edge of Nowhere, nothing is what it seems and the unexpected lurks from all sides.

Price explained that Edge of Nowhere has been designed for VR from the beginning.

"It's been educational, it's been challenging, but it's also brought that thrill of exploring a new frontier,"

In Edge of Nowhere:

"You’re surrounded on all sides by the unexpected, and nothing is as it seems," says Price.

He continues that even though he was skeptical of VR at first he is now a "believer."

Insomniac’s Ted Price didn’t provide any release information, but judging from what he talked about, and what was shown, Edge of Nowhere will provide a truly immersive environment and experience, that seems to suit the VR medium perfectly.

Ratchet & Clank will launch for PlayStation 4 in Spring 2016 alongside the animated film of the same name. The film will be released by Focus Features in the United States on April 29, 2016. We will be seeing more of Ratchet & Clank at Sony's E3 2015 press conference on June 15, and we will be bringing you any new information as soon as it becomes available.