EA has taken to Twitter to tease something related to Mirror’s Edge Catalyst this week. The publisher tells fans to “stay alert”, and to “keep alert” this week. 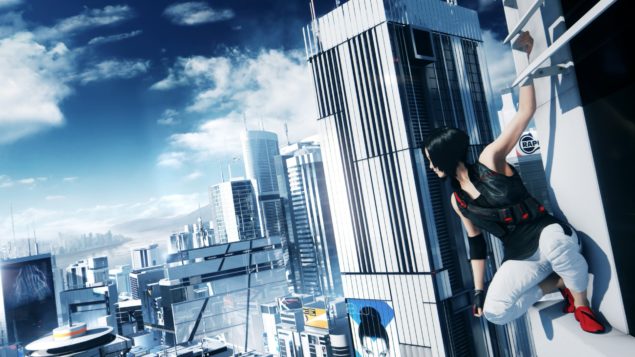 The first tease from EA’s UK twitter account was tweeted a few days ago, and tells Mirror’s Edge fans to stay alert this week. Attached to the tweet, is an image showing off Faith’s hand accompanied by the following quote: “Come on girl, save us all”.

Additionally, EA tweeted another Mirror’s Edge tease some hours ago.

In the tweet, EA asks the Mirror’s Edge community to “keep” their “eyes open this week”.

Surely we’re interested what EA has in store for us, and we’ll keep you updated when we learn more.

Mirror’s Edge Catalyst was announced back in 2013 alongside a Mirror’s Edge teaser trailer, which can be watched below. The game’s main character, Faith, will be displayed in a more mature way, compared to the first Mirror’s Edge. Catalyst reboots the franchise for the next generation with advanced visuals and an all-new origin story for Faith.

Mirror’s Edge Catalyst is releasing in May 2016 for PC, PS4, and Xbox One.