EA Access will be free for Xbox Live Gold members from January 19 till January 24,2016. 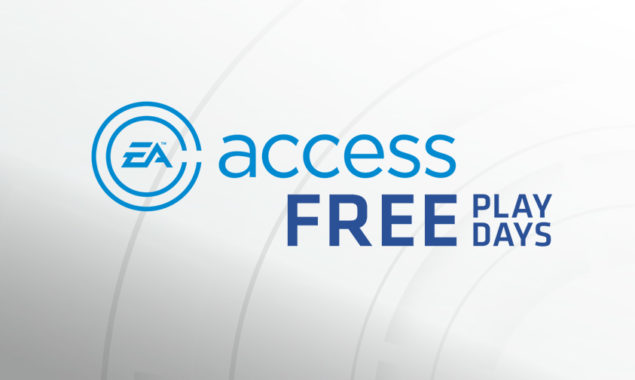 To get a taste of EA's gaming subscription service, Xbox One Gold members can play every game's in 'The Vault'  for free. The vault includes titles such as Battlefield Hardline, FIFA 15, and Dragon Age: Inquisition.

Did you get a shiny new Xbox One this holiday? Or maybe you’ve already got one, but are itching for something new to play. Either way, EA Access has you covered. With EA Access, you get a lot of games for a little bit of money, and you're about to get a taste of what members can always enjoy in The Vault with EA Access Free Play Days*.

From January 19 – 24, all Xbox Live Gold members can play every game in the EA Access Vault, all for free. Take the streets with your crew in Battlefield Hardline. Feel the game in FIFA 15. Drive it like you stole it in Need For Speed™ Rivals. Lead the Inquisition in Dragon Age: Inquisition. Defend Crazy Dave’s tacos in Plants vs. Zombies™ Garden Warfare with your friends, and put your skills to the test in EA SPORTS™ UFC® career mode.

All of these games -- and more! -- in The Vault are yours to play, totally free. Just launch the EA Access Hub app, and play as much as you want until January 24.

Of course, this is just a taste of what EA Access has to offer. In addition to the growing collection of games in The Vault, members also get to play new EA games before they're released for a limited time, and enjoy a 10% discount on all EA digital purchases on Xbox One. And it's all just $4.99 a month or $29.99 a year.

EA recently launched a similar service for PC, Origin Access. To learn more about this subscription service, check out this post right here.