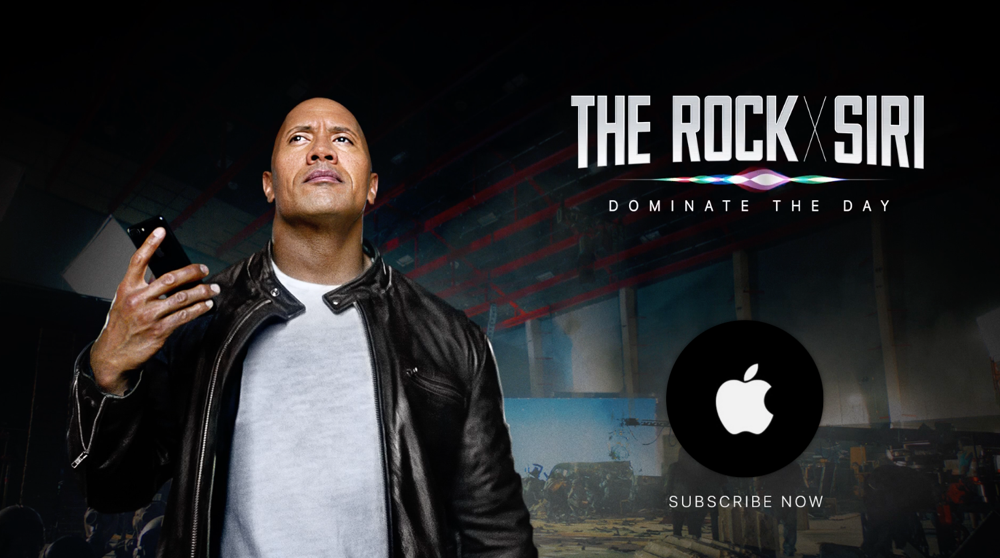 Apple, in partnership with Dwayne 'The Rock' Johnson, have churned out a wonderful new 'movie' called 'The Rock x Siri Dominate the Day.'

It's no secret that Apple has been working day and night to improve the capabilities of Siri. Even with the introduction of iOS 11, the Cupertino company has boosted its virtual assistant in many different ways. For starters, Siri sounds way more natural compared to what she sounds like in iOS 10. But that's not all, she's learned a few new cool tricks as well.

Today though, Apple wants everyone to see what Siri is capable of doing in its current form. What better way to set a standard by taking onboard the one and only Dwayne 'The Rock' Johnson. And rather than wasting any time what the little 'movie' is about, it's best you watch it yourself.

You should never, ever, under any circumstances, underestimate how much Dwayne Johnson can get done in a day with Siri. Follow the world’s busiest actor and Siri as they dominate the day.

I'll agree with everyone straight away that the video is slightly exaggerated but it's one hell of a watch. Not only The Rock managed to pull off all sorts of tough routines, but Siri was there along every step of the way to help out in every way possible. This included hailing a ride using LYFT, settings up lists, reading emails and whatnot. Basically, Apple wants you to know that Siri is not a dumbed down assistant in any way. And with 'Hey Siri' enabled, you can achieve a lot more without having to unlock your iPhone at all.

Given the video and how it ends, it's likely that we'll see more of it in the time to come. Maybe there's a chance Apple will get more celebrities onboard to promote Siri even further. It's also interesting to see how the Cupertino company is flexing its marketing muscle really hard given how close we are to the next big things - the iPhone 8.

Nonetheless, A+ for the effort Apple and The Rock have tossed in the video.