As the date of the probable unveiling of Samsung Galaxy S5 at Unpacked Samsung 5 event nears, rumors are getting more expecting and demanding. The new rumor is doing rounds about Samsung launching a waterproof Galaxy S5. 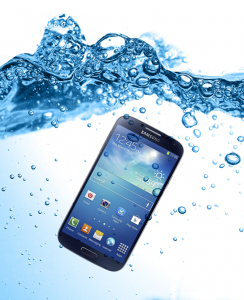 According to this rumor, Samsung will offer a variant with waterproof Galaxy S5, selling this version to some 20 to 30% of all SGS5 consumers. Another rumor claims that not only Samsung Galaxy S5, but various other models from Samsung to be launched in 2014 will be waterproof.

While it is hard to confirm these speculations as we did not see any such rumor or claim during various other leaks and images, but then Samsung Galaxy S5 does have the title of being most unleaked device so far.

One sign sort of confirming this rumor of waterproof Galaxy S5 is that Samsung has called back its order of some 5 million LDS antennas and instead is supposed to order IMA (in-mold antenna). LDS antenna is placed on the back plate of a mobile device and is very thin, thus not waterproof. On the other hand IMA antennas are thicker and can be waterproof.