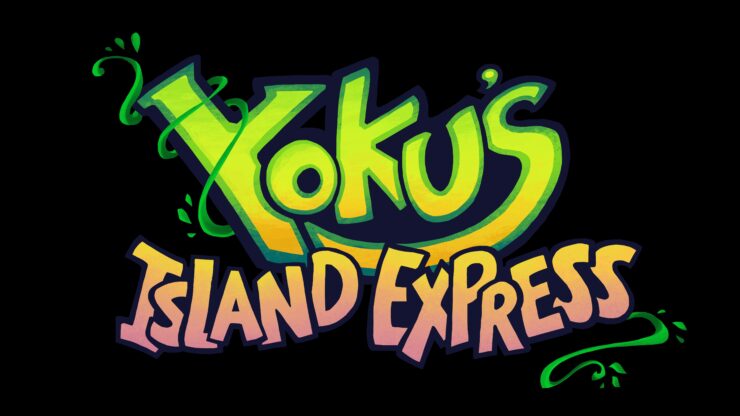 In the notebook I used at EGX I have the world "Eggrabbit" wrote down in huge letters. There are two reasons for this. The first is that I'm easily distracted by cute and strange-looking things. The second is that Yoku's Island Express is full of cute looking things. The first of these is the protagonist, a Dung beetle called Yoku.

You didn't misread the title either. This is a platforming game with elements of pinball. In addition to this, it's a fairly large 2D side-scrolling open world. One that Yoku, taking over the job of postmaster from the Pterodactyl that happened to be in charge before. Oh, and he was called Posterodactyl. Yoku, as the new postmaster will have to explore the island, deliver mail and, of course, inevitably have to save the island from a mysterious problem.

Overcooked 2 Lets Players Make Dinner as a Unicorn, Alien, and More If They Pre-Order 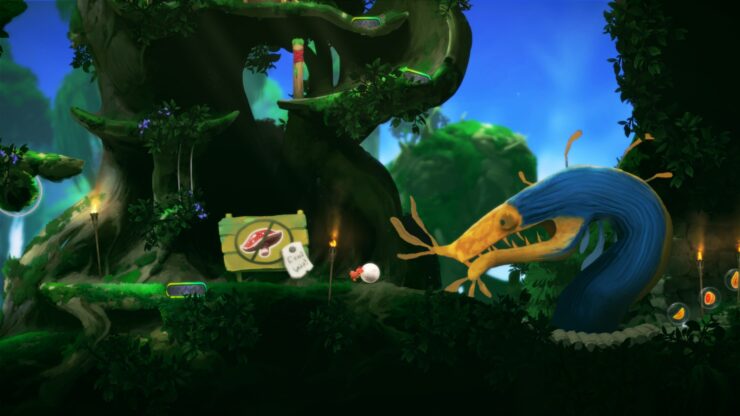 Let's break down exactly what Villa Gorilla and Team 17 describe the gameplay as. An open-world platform-pinball adventure game. Taking on the role of Yoku, you roll your ball around the island. Of course, since Yoku is a dung beetle, you are rolling around a ball of, well, dung. This ball of dung is actually your pinball too. Your navigation of the world will come from the use of flippers found, bouncing you up, down and all around the multiple areas of the game.

Yoku's Island Express an absolute joy to play, and I mean that with all sincerity. You'll find yourself bouncing around from wall to wall, collecting fruit along the way. Why fruit? To feed the fruit altars of course. Silly question. Of course, as the new postmaster, you will also have mail to deliver along the way. But there's more than that, quests and puzzles can be found, directing your path and rewarding you as you explore the lovely island of Mokumana.

Helping you with these quests will be a number of items to be found within the game. One of them is the noisemaker. Oh god, I love the noisemaker. It looks and sounds exactly like a party horn. More than that, Yoku's cheeks actually expand as he blows all the air from his tiny lungs, creating a noise that's loud enough to wake a sleeping cabbage-cat! Although I didn't get to use it in my hands on, I was also told about the slug vacuum. This apparently does exactly as the name implies. You suck up slugs into the vacuum. But then you wrap them around your ball of dung, increasing the strength of the ball which will be invaluable later in the game. 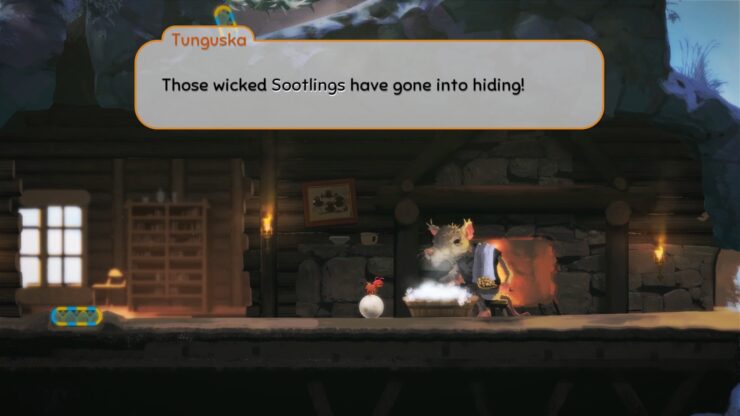 Beyond the fun and engaging gameplay is one of the most beautiful and charming games I've ever seen. I didn't get to explore more than the forest environment, but talking to members of Team 17 and watching the trailer indicates such a wide variety of environments. From snow-capped peaks to grassy plains and the dense forests I was able to explore, everything looks fantastic.

I can't praise the art style enough, as well as the work that's gone into the animations. Yoku literally flies around like a lunatic as the dung ball bounces from surface to surface. Throughout it all, he looks simply ecstatic to be there. Also, again, noisemaker. Beyond Yoku, though, are other outstanding looking creatures.

Eggrabbits, actually called Tweepers (how cute is that name?), are little rabbits shaped like eggs. Only they've been forced out of their homes by the fuzzy, cute, but dastardly Sootlings. Cabbage-cats, lovely felines that happen to wear cabbages. Your good friend the Posterodactyl. How about a demonic looking eel with pointy teeth, blocking your path? The designs, especially those designed to warn you away, are simply astounding.

Studio Ghibli has been touted as an inspiration for the art style and I can understand that. From the audio direction, which changed even during the play session I had, you could hear it directing the tone. As a tree was brought down in the background the music had become harsher, less upbeat than before. Everything looked just that bit darker. Something bad was around. Only for it to then cheer back up as you went bouncing around again before clearing the Sootlings from the Tweepers' home. 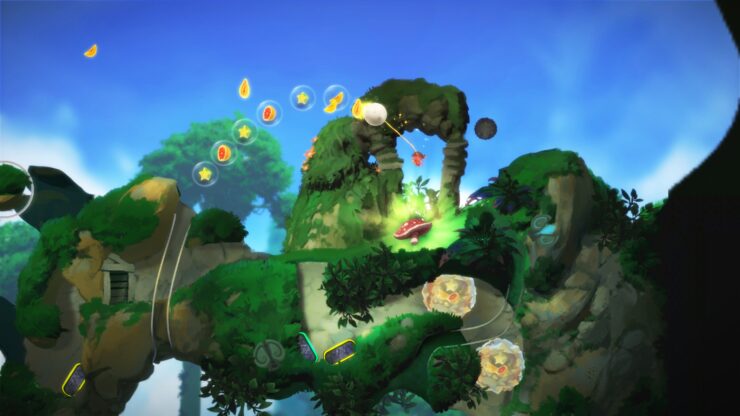 The main thing for me is just how pure Yoku's Island Express feels. It has combined elements that seem abnormal, given us a simply beautiful art style with such an abstract variety of quests. From the simple joy of posting mail and becoming the postmaster, to awakening a sleeping god and defeating an unknown evil that is causing havoc in the world.

All of this has been melded together to create a game that, even now when watching the trailer, puts a huge grin on my face. Coming out on the PC, PS4, Switch and the Xbox One in 2018, Yoku's Island Express is a game I am sorely looking forward to. It's a game that I genuinely think has universal appeal and can bring a smile to even the most miserable of people. It did with me.