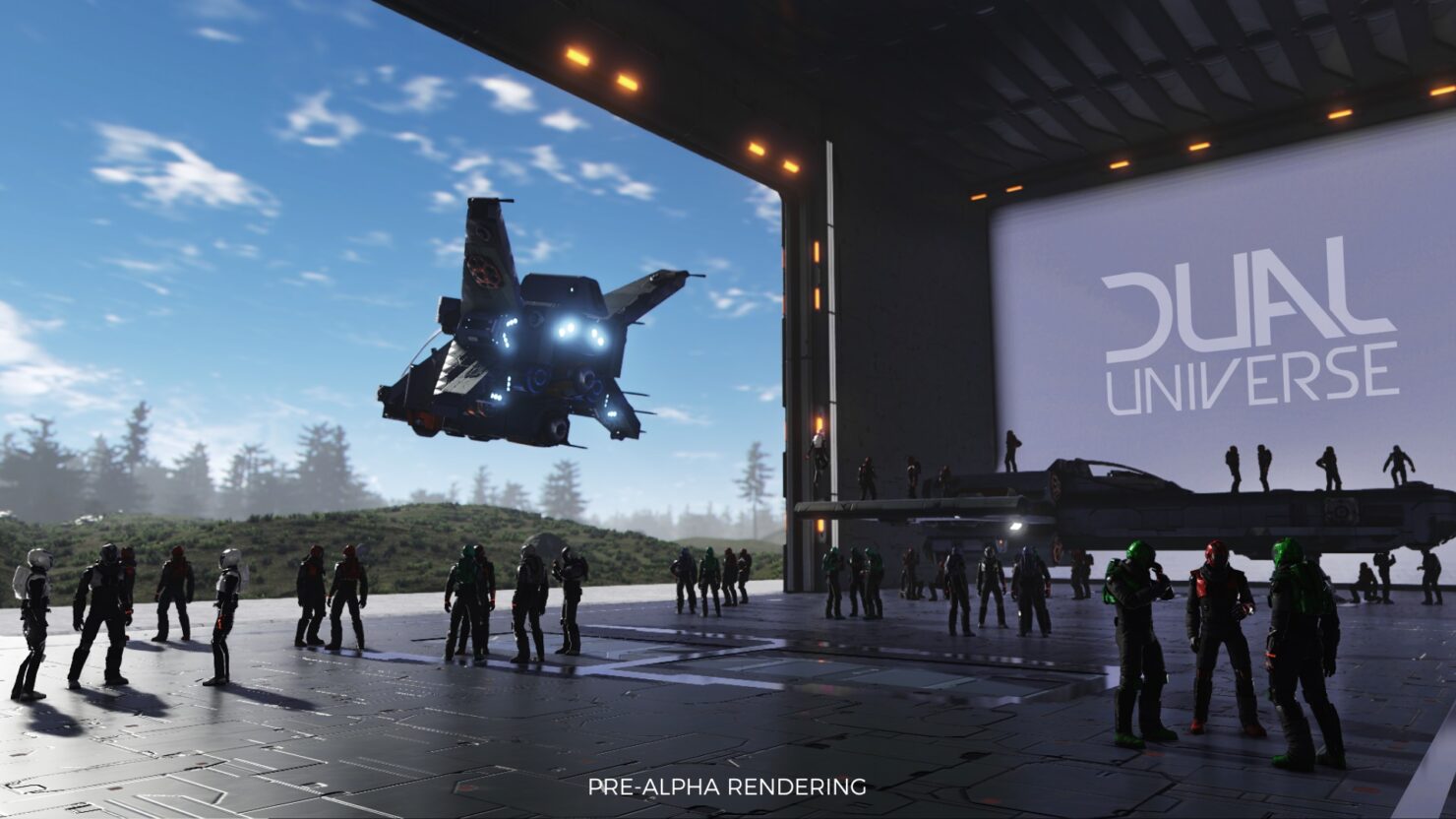 Independent French developer Novaquark, who's been working on Dual Universe for a few years now, released the roadmap to launch (currently scheduled for the second half of 2020). The Alpha 1 is currently set to debut in November 2018, but if you're really itching to try this seamless massively multiplayer online game you can head to the official website and get access by purchasing the Patron Pack (180€).

Total funding for the game has surpassed 11 million dollars, according to Novaquark. If you want to know more about Dual Universe, be sure to check our chat with Creative Director Jean-Christophe Baillie and our more recent preview. 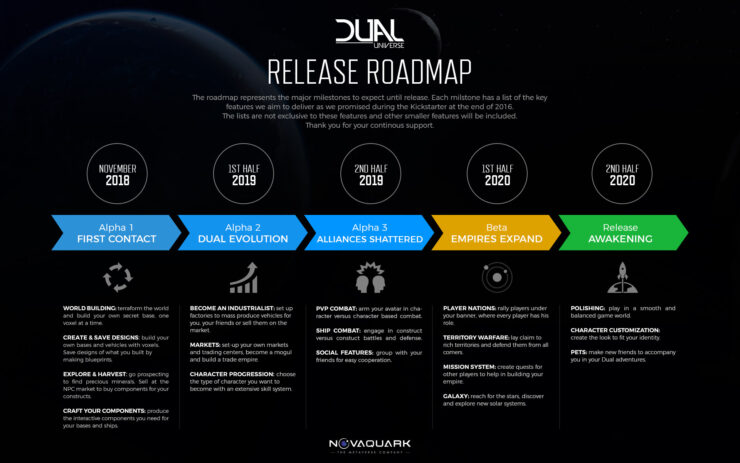 Gather your friends and build on a truly epic scale!

The first fully editable universe made for players by players.
The only limit is your imagination! Gather your friends and build on a truly epic scale.

Ground vehicles, ships, buildings, cities, space stations…
Script games inside the game, contraptions, puzzles and amazing interactive constructs, then blueprint them and sell them for profit, or hoard them for strategic advantage.

Dual Universe is the first game where potentially millions of players can interact together simultaneously, inside the same giant universe. We call it the continuous single shard.

No multi-server player separation, instances or loading times, just one enormous persistent universe that never stops. Everyone you meet is human and your social interactions will drive game play. What you do matters.

Will you fight? Trade? Cooperate? Or betray one another?

Build your own ship and explore
the universe!

Explore & Discover new worlds with your friends, find rare resources and
build the greatest place in the universe.

Be a nomad treasure hunter, or a calculating profiteer.
Whatever your choice, there is a new home for you among the stars.
Will tales of your deeds make their way across the galaxy?

From your vision to market domination

Dual Universe has the most realistic economy system ever made in a game, and it’s all about creation, industrialization, logistics, trading and competition. Everyone can be tomorrow’s greatest innovator and rule the world with their product designs, or production factories.

Players can combine their skills and create a powerful company to dominate the market. Weapons, tools, outposts, spaceships and even giant space stations, you can build and trade everything to everyone - at your price - on your own market. Act wisely with your newfound power.

Once you adventure outside the secure areas, get ready to face players fighting for supremacy, resource control or geostrategic advantage. Space pirates raid lonely travelers, corporations steal from each other, warlords rain destruction and cities need the costly protection of dome-tech…

Join with fellow players and create your own defense systems, build ships, cities and space stations to defend yourself or lay waste to your enemies. What will you choose to be? A proud fleet commander or a dangerous pirate? A sheep or a wolf? Or maybe something different altogether.

With emergent gameplay and an advanced organization management system, Dual Universe has a completely open political landscape. From the most ruthless dictatorship to the most open-minded democracy, players are free to set their own values, their own rules, their own leaders and voting structures.

Good or bad, they are what they decide to be. Choose an organization or build your own, hire new players, fight other alliances, cut deals with them or rule your own part of the Universe. Which societal model will succeed?

Only one way to find out.