Dreams Is Definitely A Game; Will Be A Story Led, Pop Culture Innovative Console Experience

Media Molecule's Dreams is at the same time very exciting and very perplexing. The creators of Littlebigplanet have been showcasing their first true PlayStation 4 project for a while now, and yet it's difficult to grasp exactly what it is and how it's going to work. 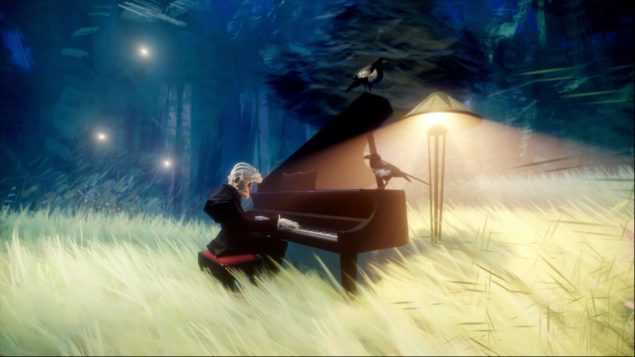 It's understandable, then, that the developer tried to clarify the nature of Dreams in a lengthy interview with Eurogamer.

While the game will have a focus on content creation, just like LBP, it will also definitely be a game with a storyline. Media Molecule's Technical Director Alex Evans said:

It's definitely a game. It's a tool as well because that's how we make it, and it's a revolutionary tool. It's a game you can enjoy, just as LittleBigPlanet was. I know you'll be able to boot the game, not have understood the game and not have to care about any of the stuff we're showing and still enjoy yourself. Sit on the sofa, pop the Blu-ray in and have a good time.

It will be story-led, I imagine - the reason we're not talking about it yet is because it's in pieces at the moment. We think we know what we're going to do, but it's not good enough to show you. Dreams has got to stand as a fun experience. It's got to be a pop culture, console experience. How we do it is going to be innovative, I think.

You explore, you play puzzles, you go on an adventure. What is that adventure? You'll find out soon.

It's difficult to judge whether Dreams will be as successful as Littlebigplanet, but the British studio certainly isn't playing it safe: the game will fully make use of the PlayStation 4's features, including Move and PS VR support. The potential of this game is perhaps even higher than LBP, though with it also comes the risk of being misunderstood by most of the gaming community.

The game is currently in alpha stage, with Media Molecule confirming a beta test in 2016 (though it's currently unclear whether it will be open or invite-only).