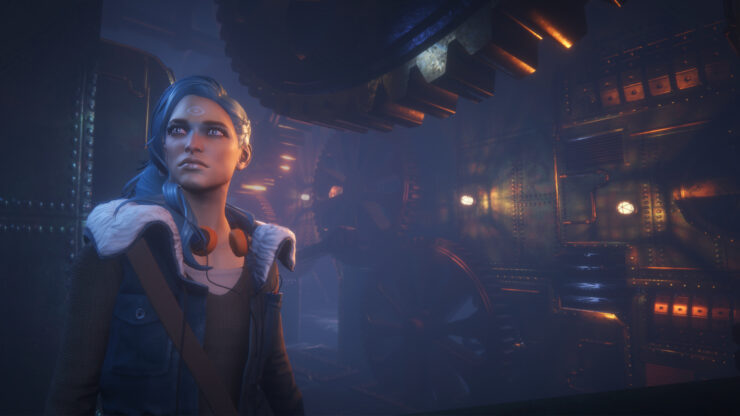 Dreamfall Chapters, the adventure game created by Red Thread Games, will be available for PlayStation 4 and Xbox One on March 24th, 2017. You'll find it at both digital and retail stores, thanks to the partnership with publisher Deep Silver, priced at $/€ 29.99 or £24.99.

The title was crowdfunded via Kickstarter with $1,538,425 in pledges and released through an episodic format on Steam. Now all five episodes are available and overall user reviews on Steam show an 84% approval rating, while recent reviews are even more positive with a rating of 92%.

Check out an overview of the game's setting and features below.

Dreamfall Chapters is a 3D Adventure set in parallel worlds: one a dark cyberpunk vision of our future, the other a magical fantasy realm. The game follows two unlikely heroes on their journeys across worlds to save the very fabric of reality from falling apart. Dreamfall Chapters is a mature, emotional, dark, magical and heart-breaking adventure that will take players by surprise.
Both console versions of Dreamfall Chapters come with numerous enhancements: reworked character models, improved animations, lightning, and special effects. Plus an expanded in-game soundtrack as well as improved sound-effects.