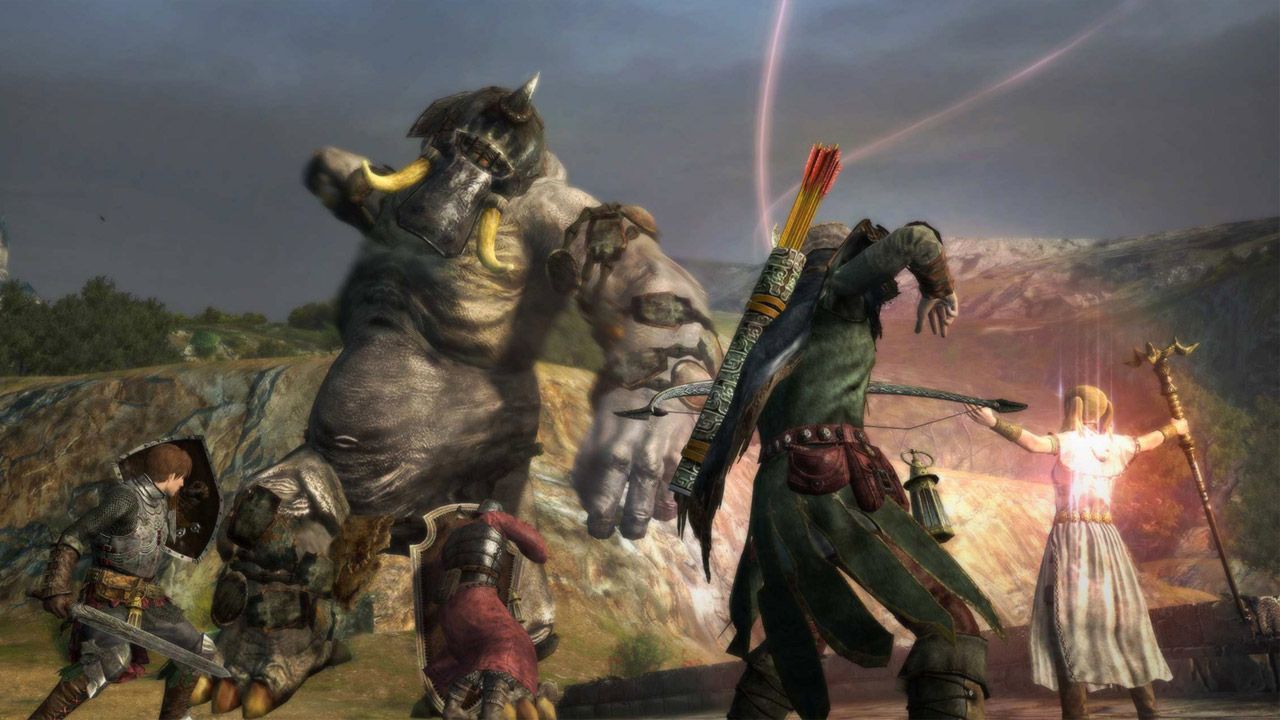 Dragon's Dogma Online, the MMORPG set in the world introduced by the popular action role playing game now available on PC, PlayStation 3 and Xbox 360, has been launched in Japan on PC and PlayStation consoles a while back, but the team faced several difficulties, as most members had very little experience with online development. Things have improved considerably since then, but there's still something the game lacks, a Western release. Despite Capcom's silence on the matter, there's apparently still hope.

In Capcom's latest annual report, on page 54, director Kento Kinoshita outlined how the team will proceed to improve the game in its Season Two, which has been just launched in Japan. The team is not stopping with the second season, however, and are already creating the Season Three framework. More importantly for Western players, Kinoshita states that he would like to consider bringing the game overseas once they have established a good foundation in Japan.

We released version 2.0 in June 2016 (the first stage of Season Two), but are moving ahead without a break to simultaneously create the Season Three framework.The world of online games spreads ever outward. Once we have established a solid foundation in JapanI’d like to consider bringing this game overseas, where there are a great many online game players.

While it's far from a confirmation, the fact that Dragon's Dogma Online's director is at least considering the possibility is definitely good news. Everything seems to ride on how well Season Two and possibly Three will go, so let's hope things proceed as smoothly as possible.

Dragon's Dogma Online is now available only in Japan on PC, PlayStation 3 and PlayStation 4. We will keep you updated on the game's Western release as soon as more comes in on it, so stay tuned for all the latest news.