Just a couple of days ago we have reported the news of Dragon's Dogma: Dark Arisen PC, finally announced by Capcom and scheduled to launch on Steam in January 2016. 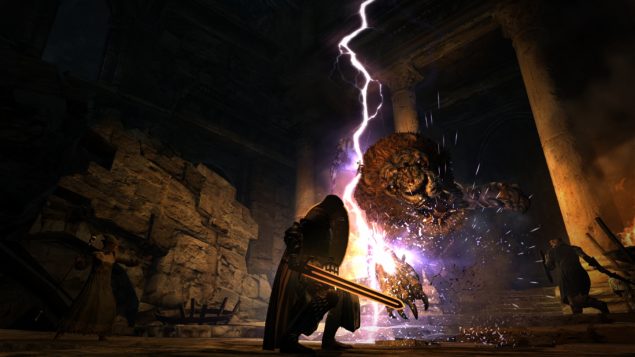 The press release was accompanied by a few nice looking screenshots of Dragon's Dogma: Dark Arisen PC. Now, Neogaf user Sectus has taken some screenshots showing the same locations from the PlayStation 3 version of the game.

This allows us to make a direct comparison between the two versions and frankly, the difference is pretty huge. PlayStation 3 screenshots are presented before the PC ones.

It's not just a matter of graphical fidelity, but even elements like textures, models and effects seem to have been improved by Capcom. Dragon's Dogma: Dark Arisen PC might be closer to a remaster than a mere port.

In related news, Capcom's William Bacon (Senior Director of Digital Platforms) has posted on Neogaf saying that the frame rate won't be locked since Dragon's Dogma: Dark Arisen is based on the MT Framework engine, and more details can be expected in the coming months.

Tons of folks asked whether the upcoming PC port will have a capped frame rate. With DDDA being an MT Framework-based game, you can rest assured it'll have the usual graphics options found in other Capcom PC titles.

Stay tuned as we'll have more details to share regarding tech specs and features in the coming weeks/months.

At this point, a next gen version of the game for PlayStation 4 and Xbox One could be easy to pull off for Capcom, though it is just speculation for the time being.