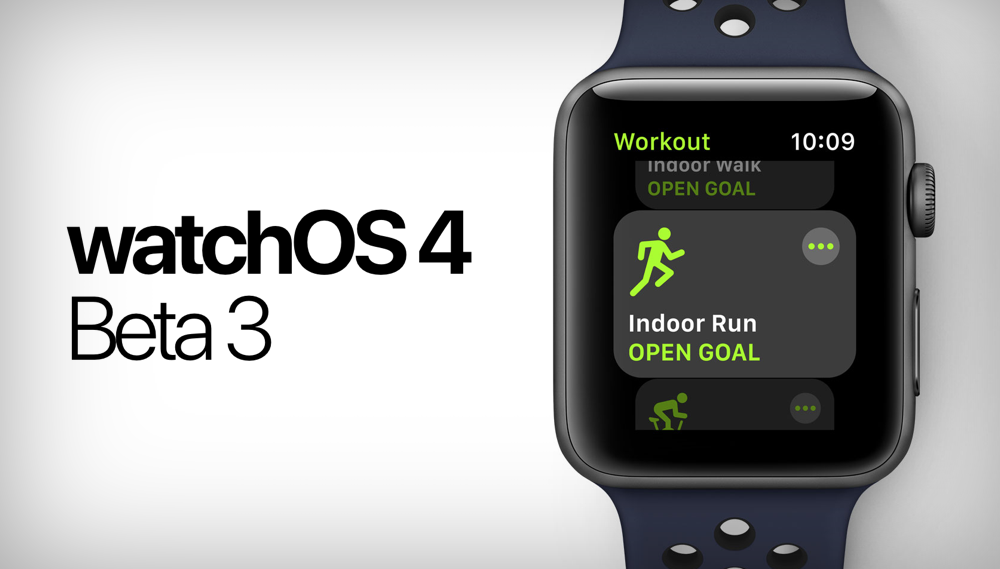 Registered developers with Apple can now download watchOS 4 Beta 3 on their Apple Watch. Here's how you can update today.

Though not as popular as iOS itself, watchOS is a powerful piece of software that powers the Apple Watch. Currently at version 4 and in beta, the third pre-release build of the software is now available to download for developers. It features a lot of different changes that focuses on several different aspects. You can learn more about watchOS 4 by going to this link.

Just like any other software update from Apple, watchOS 4 Beta 3 is available as an over the air download to those who might have the previous pre-release build already installed. Installation is absolutely simple, and things will move forward as soon as you place your Apple Watch on its magnetic charger.

With every other software which Apple offers to try out and test, you have the option to downgrade back to the public release. With watchOS for Apple Watch, things are a little different. Way too different in fact. Once you upgrade, there's no way you can downgrade back on your own, until or unless you are willing to take a walk to your local Apple Store.

If you are well aware of what you are doing, and happen to have an Apple Developer Program membership as well, then you may go ahead with the download. Just follow the link below for more details.

It's great to see Apple keeping things very, very fresh on its wearable platform. Not only does watchOS 4 revive the Apple Watch in many different ways, but makes the fitness aspect of the platform extremely exciting. There's a Siri-focused watch face thrown into the mix as well, that ensures that you are on top of things when out and about.