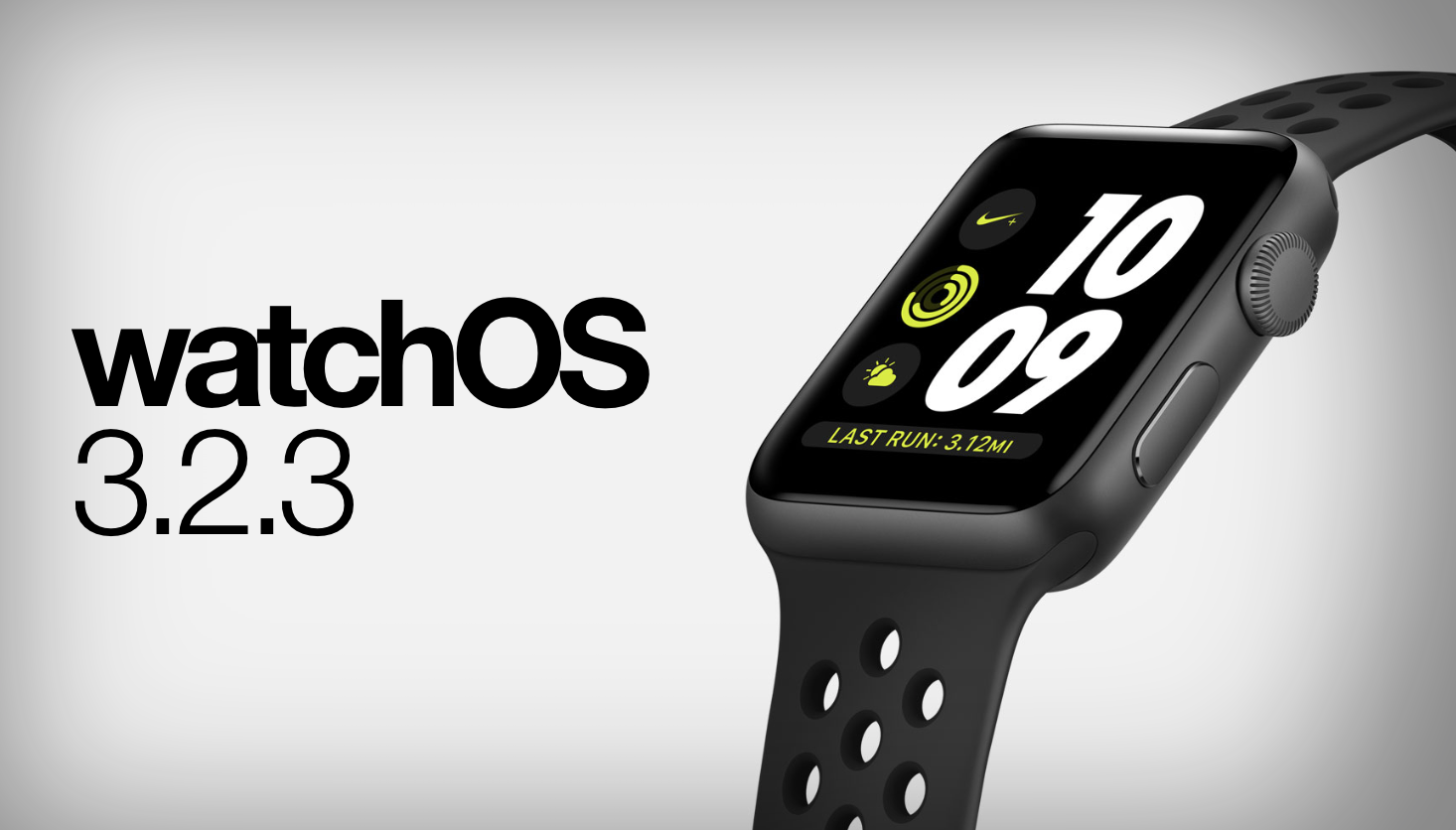 watchOS 3.2.3 final version for Apple Watch Series 2, Series 1 and original model has been released. Here's how you can download and install the update right away.

watchOS 3.2.3 is a Small Update that Promises Minor Fixes

The latest software update for Apple's wearable platform is now available to download. But before we show you how you can download the update, here's the changelog. 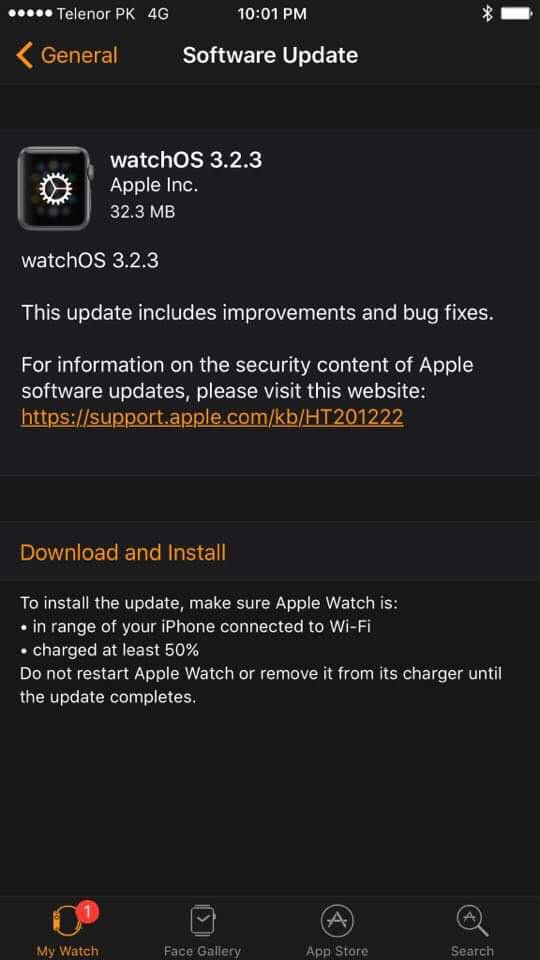 With that out of the way, there are a few things to note before you go ahead with the update procedure. First and foremost, once you update to the latest watchOS build, you cannot downgrade back no matter what you try. Secondly, the update process will not move forward if your Apple Watch is not sitting on its magnetic charger and plugged to a wall outlet.

Launch the Watch app on your iPhone. Assuming your Apple Watch is sitting on its magnetic charger and charging up, navigate to General > Software Update within the Watch app. After a few seconds, or minutes, the watchOS 3.2.3 update will become available to download. Tap on Download and Install.

Please, it's important to know that the entire update process is going to take quite a while. In fact, it may take up to fifteen or twenty minutes to complete. So do not panic until or unless you see something odd on the display. If the Apple logo along with the progress bar are the only two things you see, then things are moving in the right direction. Once the installation is complete, watchOS will boot right up, and you can start using your wearable as you normally would.

watchOS 3.2.3 is not a big update. In fact, at face value, you won't get anything new at all. It only focuses on under the hood changes for the time being. There's also a chance that we might not see a new update for Apple Watch either in the time to come. After all, Apple would prefer to give attention to its upcoming software lineup that's currently in beta. But of course, if last minute bugs are found in the system, then Apple will address them with a software update.