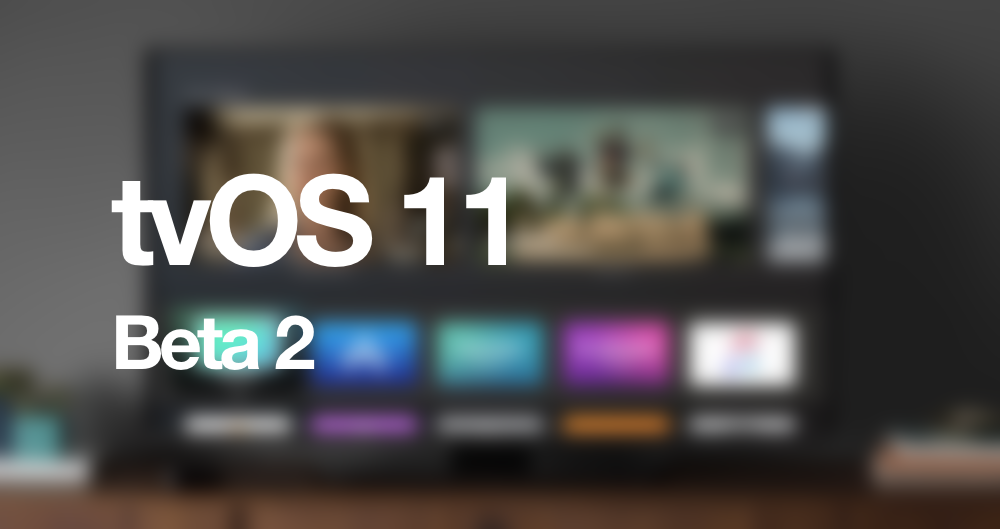 Developers will be pleased to learn that tvOS 11 Beta 2 is now available to download for Apple TV 4.

Out of everything which Apple announced at WWDC 2017, tvOS 11 didn't even get a mention on stage. Yet we ended up getting a beta of it right after the keynote. This is not a bad thing, but a slight airtime would have gone a long way in preparing users for what they can expect. Nonetheless, we have a beta and a second one has been released a few minutes back too.

Already have the first tvOS 11 Beta installed on your Apple TV? Follow the steps below.

As soon as a new update becomes available for download, just install it. It will barely take a few minutes to install.

Planning to clean install tvOS 11 Beta 2? Then follow the tutorial linked below. You can also downgrade back to tvOS 10 if you want as well.

tvOS 11 is a mighty small update compared to everything else which Apple announced on stage. It almost seems as though Apple feels that its set-top box is right where it should be and further updates to it are unnecessary at this point. Quite frankly, I agree with that, given what you can already achieve with the Apple TV.

Public beta testers will be pleased to learn that tvOS 11 will be available as a public beta. This means that you can take Apple's new software for a test drive without having to throw your money at the Developer Program. According to Apple itself, the public beta will drop at the end of this month. We will, of course, notify our users whenever that happens.

In the meantime, developers should take the time out to update their Apple TV to the latest tvOS 11 Beta 2. We will keep our readers updated if Apple slipped in something new with this release.