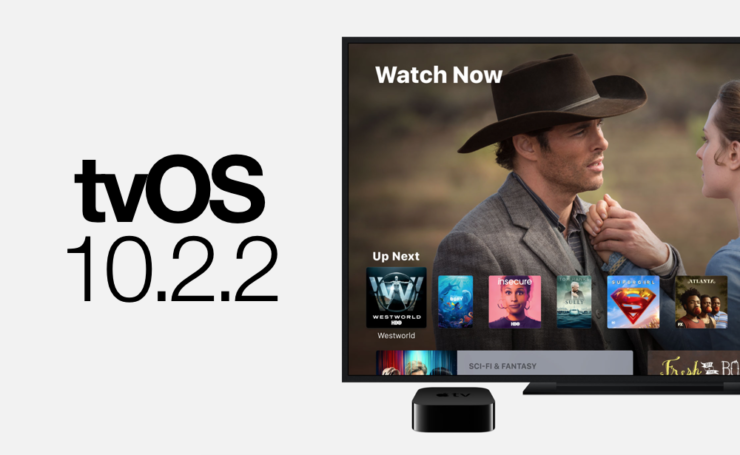 You can download tvOS 10.2.2 final version software update for Apple TV fourth-generation right away. We will show you how.

All the attention at this moment in time is towards Apple's upcoming software lineup. But Apple is working hard in the background to ensure that its current public release is as top-notch as ever by releasing point updates to polish things up. Apart from iOS 10.3.3, macOS 10.12.6 and watchOS 3.2.3, Apple has released tvOS 10.2.2 as well. This little update focuses on the little things that lie under the hood. This includes fixes bugs, boosting performance and fixing security related issues. While it may not sound like much, and it really isn't, but one should not miss out on this release at all, given that you make use of your Apple TV on a daily basis.

There are two ways you can update your Apple TV 4. Either you can take the over the air route. This involves navigating to Settings > System > Software Updates. Or, you can download the IPSW file straight from Apple's server and use that to restore your Apple TV 4 using iTunes on your PC or Mac. Of course, given that this is no more than a point update, I'd suggest opting for the over the air route to keep things nice and tidy. Perform a clean restore only if you feel that your Apple TV 4 is acting all messed up lately. Also, it should be made clear that if you are planning to perform a clean restore, you need to have a USB-C to USB-C or USB-C to USB-A cable with you. Without that, you won't be able to interface your set top box with your PC or Mac.

You can download the tvOS 10.2.2 IPSW final firmware file from the link embedded below.

Even at WWDC 2017, Apple didn't give much airtime to tvOS. But it did promise an update for later this year. Though tvOS 11 Beta is currently available to those enrolled in the Apple Developer Program, it's still not a big update compared to tvOS 10. Maybe Apple has something else planned right after the big release of tvOS 11? Who knows!

Apple Is Working on a Redesigned Remote for the Apple TV