The Martian Game For iOS Is Free For Limited Time, Download It From Here

You can download The Martian game for iPhone, iPad, Apple Watch absolutely free for a limited period of time. The game costs $2.99 on a regular day. 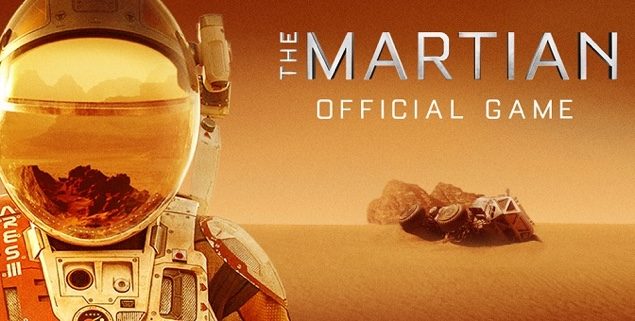 The Martian was a big box office hit, and to celebrate the success the movie has garnered up, the official game on iOS is seeing a price drop, or in other words, it is available to download absolutely free.

Get it FREE for a Limited Time!
To celebrate the film’s recent awards & accolades, The Martian is now absolutely free with no in-app purchases or ads! Download it now before it’s too late.

Having taken the game for a spin on our iPhone and Apple Watch, it's safe to say that users will eventually get addicted to the gameplay after a short while. If you've ever played Lifeline on iOS, then you'll be quite aware of what you're going to expect as the game is essentially the same, but The Martian of course has a more movie-esque touch to it, adding more drama to the proceedings.

If you haven't played The Martian before then now's the right time to do it. So simply head over to the App Store and get downloading, or tap on this link to get directly to the download page itself.

The game works on both the iPhone and iPad, so you don't have to worry about device compatibility. And to take things up a notch, the game also works with the Apple Watch, so you can tap away into progression while on the go, which, we have to say, is an exquisite touch to proceedings.

Based on the best selling novel and critically acclaimed film, The Martian is a real time, text based adventure game that tells the story of Astronaut Mark Watney who finds himself stranded on Mars. Play as a NASA communications specialist and Mark’s sole contact with Earth in this riveting story of survival against all odds. You choose the story path that will ultimately decide Mark’s fate.

Accept your mission and BRING HIM HOME.

INCOMING…
Communicate with Mark in real-time using the Ares III messaging system. Guide him through crucial and difficult decisions to ensure his survival.

DO YOUR RESEARCH
Provide Mark with the right advice before time runs out. Remember, science matters! The wrong information could put Mark’s life in jeopardy.

TRACK HIS PROGRESS
Keep Mark healthy, safe and calm by keeping a constant eye on his real-time vitals on your Apple Watch.

USE YOUR TEAM
Provide Mark with life-saving information collected from a diverse team of experts you unlock along the way.

PAY ONCE AND PLAY
The Martian: Bring Him Home contains no in-app-purchases or ads.

If you do happen to give The Martian a shot, then be sure to let us know what you think about it in the comments section below.