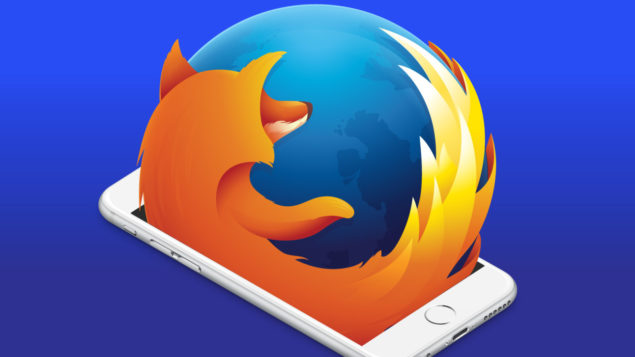 The browser is currently in its public preview form to gather feedback from the audience, and unluckily for a lot of users, it's only available in New Zealand for now, and will be rolling to everyone later this year.

In this release, the marquee features of this build are as following, as per Mozilla itself:

Here are the official screenshots of the Mozilla Firefox browser running on an iPhone:

Mozilla Firefox for iOS features support for Firefox Accounts, as mentioned above, which allows you to sync your browser tabs and history between different devices, including your passwords, which comes in handy if you happen to switch between gadgets a lot, making things as seamless as possible. Apart from that, Mozilla is also throwing in Visual Tabs into the mix, to give you a card style representation of all your open tabs. Lastly, there's Intelligent search as well, which allows you to get search queries from different sources, as listed above.

If you do happen to download Firefox on iOS and have the intention to send Mozilla some valuable feedback, then here's how you can do just that:

It was back in December when plans were revealed regarding Mozilla's big step to bring its famed Web browser to the iOS platform. Soon after, it was confirmed officially that the company will be running a limited beta, subsequently leading to this day which sees the first ever preview release for iOS users, that too on a very limited scale.

If you're residing in New Zealand then you can download Mozilla Firefox for iOS from this link. Rest of the users have to wait this one out as Mozilla is planning for a worldwide release later this year once they have gathered enough feedback.

Let us know in the comments section below what you think about this release, and how does it compare to the likes of other third-party browsers such as Chrome or Opera.