The whole reason for the introduction of the Apple Watch was to drag a small portion of the iPhone experience to our wrists, and users have not seen such a paradigm shift so far. However, smartwatch apps possess some kind of a slit - an opening that can change the course of smartphones if put in the right direction. Lately, we have come across Microsoft's Outlook app extension for Apple Watch, which is deemed to be incredibly useful. The app has moved the emailing experience over to the Apple Watch, which is quite handy, and gives an overall sense of direction to smartwatch app developers. Soon after Microsoft launched its Outlook for iOS update, we eyed upon another one of Microsoft's app, which is not only useful but operates right from your wrist. 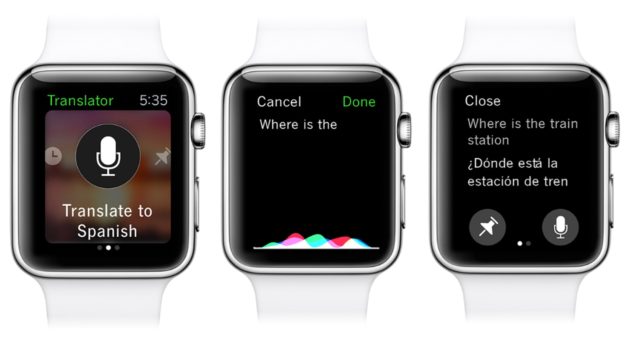 Microsoft released its Translator app for the Apple Watch which is capable of translating up to 50 languages right from your wrist. Not only does the app has translating capabilities, but it also syncs with your smartphone pretty well too. Along with other handful features, which we will be discussing later, the Translator app is also available on Android Wear smartwatches.

Let's dig in and see how Microsoft's Translator functions and what it looks like on the Apple Watch.

Microsoft's Translator is a sharp app with clean layout, so the person you're acquainting with can see what is written quite easily. This app is of immense importance to those people who travel a lot, either to deal with foreign clients or just to attend any cultural event. With simple, brief and natural interactions with the Apple Watch, Microsoft Translator can provide relevant translations on the go. Microsoft's Translator app shares the same cutting edge technology as Bing, Skype, Office, Twitter, Yelp, eBay and many more. 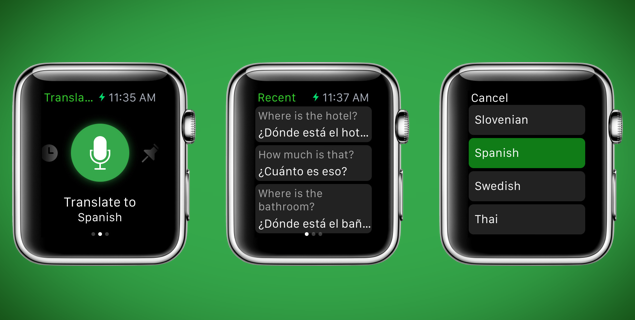 If you're having trouble pronouncing a specific word or sentence, let your Apple Watch pronounce it for you. If you're in a crowded place, just show your Apple Watch to the other person and he will assist you accordingly.

You can also bookmark your translations to view later in time as well. If you want to see your translation history then they are synced with your iPhone for more referencing. Microsoft's Translator on Apple Watch is like a personal guide always present to your assistance.

You can download Microsoft Translator from the App Store here. The app is absolutely free.