iTunes 12.3 with support for iOS 9 and OS X El Capitan is now available to download. 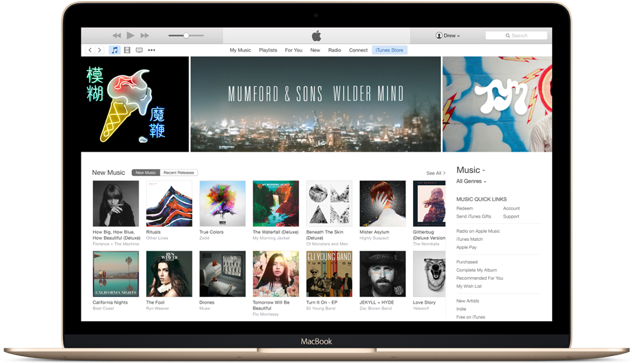 Along with the release of iOS 9 download, Apple has pushed out a new update to its music management software, which brings it to version 12.3. The new update brings with it support for iOS 9 and OS X El Capitan, and also comes bundled with other fixes and changes.

This update to iTunes adds support for iOS 9 and is designed for OS X El Capitan. It also:

This update also includes improvements to overall stability and performance.

Apart from the above mentioned changes, iTunes 12.3 features stability and performance fixes as well, so we highly recommend everyone to update straight away even if they aren't in the possession of an iOS device, to keep things ticking along nicely.

If you're on a Mac, you can grab the latest update directly from the Mac App Store. Simply launch the app, click on the 'Updates' tab, and there you should see the update waiting for your approval. On Windows, launch the Software Update tool and the update should pop right up. We highly recommend that you don't give iTunes 12.3 a second thought and update straight away, as it brings with it a bunch of great changes for the better.

iOS 9 download was released just a while back, and given the amount of errors that are being thrown at users during the initial installation process, it seems as though Cupertino's servers are taking a lot of hammering. But fret not, grab a cup of coffee and try again in a while, as such things tend to happen every time Apple releases a major software update during this time of the year.

OS X El Capitan on the other hand, will be released on the 30th of September, and has already seen a bunch of developer and public preview builds. And given the current state of El Capitan in terms of performance and stability, it's safe to say that Apple is well on track to deliver the best in class desktop operating system thus far.