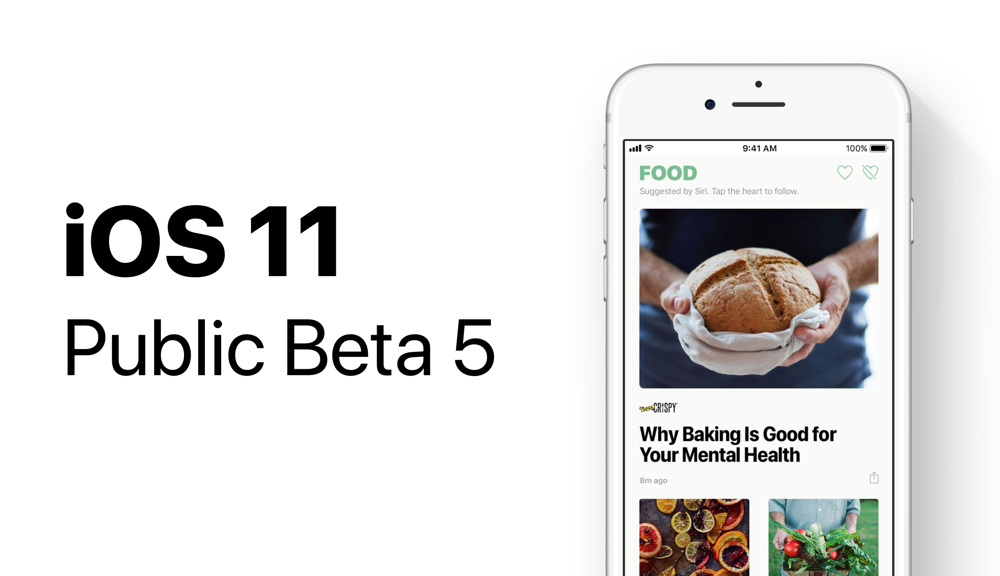 You can now download and install iOS 11 Public Beta 5 on your compatible iPhone, iPad, iPod touch. We will show you how it's done.

Alongside the release of iOS 11 Beta 6 which is meant for developers, Apple released iOS 11 Public Beta 5 as well. This build is meant for public beta testers only, and carries the same changes as its developer-oriented counterpart.

If you're a public beta tester and have one of the earlier builds of iOS 11 Public Beta installed on your phone or tablet, then it's best to update right now. This ensures that your device runs smoothly during the course of the beta, and you don't run into occasional hiccups at all

Unlike the developer beta, public beta software is available over the air only for testing out. Simply follow the steps below and you'll be on the latest beta release right away.

Are you a developer and have a paid membership with Apple? Then you might want to check out the following links:

Something went wrong during your iOS 11 Beta endeavors? Then you might want to downgrade back to iOS 10. Here's how it's done: How to Downgrade iOS 11 Beta to iOS 10 – iPhone & iPad Tutorial.

There are bound to be a couple of more iOS 11 updates before the software is seeded to everyone around the globe, so stay tuned for that. In the meantime, make sure you update your phone or tablet to take advantage of iOS 11 Public Beta's latest fixes and enhancements.