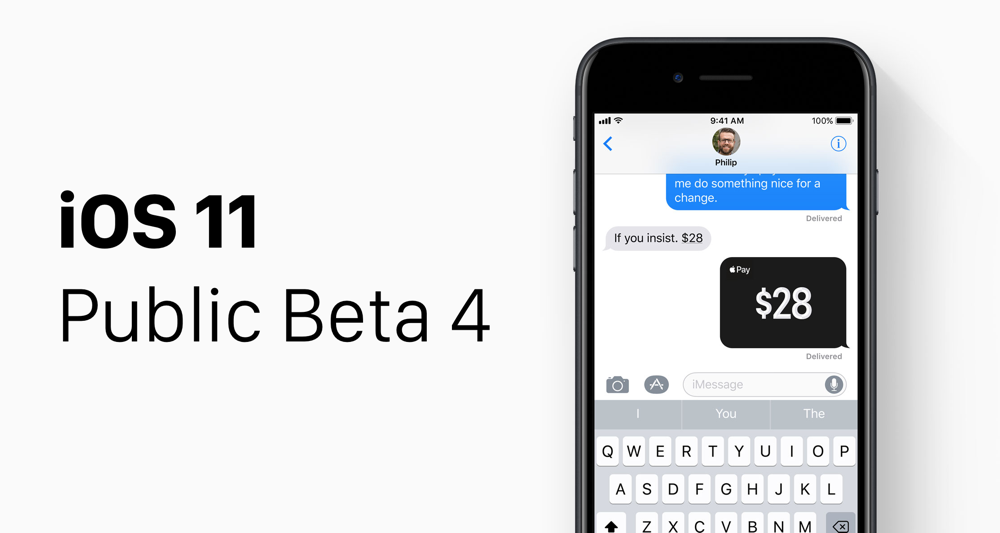 You can now download iOS 11 Public Beta 4 for your iPhone, iPad or iPod touch. We'll show you how you can install it right away.

Having released iOS 11 Beta 5 on Monday for developers, Apple has now went ahead and seeded iOS 11 Public Beta 4 to public testers. It's essentially the same build compared to its developer-oriented counterpart except that it's meant for public testers. Also, the public beta build of iOS 11 is absolutely free to download and install which is a big deal if you consider yourself an Apple enthusiast.

Just like the developer beta, iOS 11 Public Beta 4 can be downloaded over the air without the need to tether your iPhone, iPad or iPod touch to your PC or Mac. Just connect to a WiFi network, navigate to Settings > General > Software Update. Once the new beta becomes available to download, tap on Download and Install. The entire process shouldn't take more than a few minutes. It's highly recommended that you go ahead with the installation as new betas tend to bring with them a boatload of bug fixes and performance enhancements.

If you wish to try out the new iOS 11 Public Beta, then simply head over to beta.apple.com to sign up for it. For more details on how to get around the process, make sure you check out the following: Download and Install iOS 11 Public Beta on iPhone, iPad Right Now.

Be sure to check out the following links before heading out.

If, for whatever reason, you're more inclined towards trying the developer oriented beta instead, then you'll be surprised to learn you can take it for a spin without actually having a developer account with Apple. But of course, I would completely discourage it since Apple's public beta initiative is already available for everyone to make use of. Furthermore, the developer beta will not give you anything extra at all. Still, if you wish to go ahead, then check out the following link for more details.