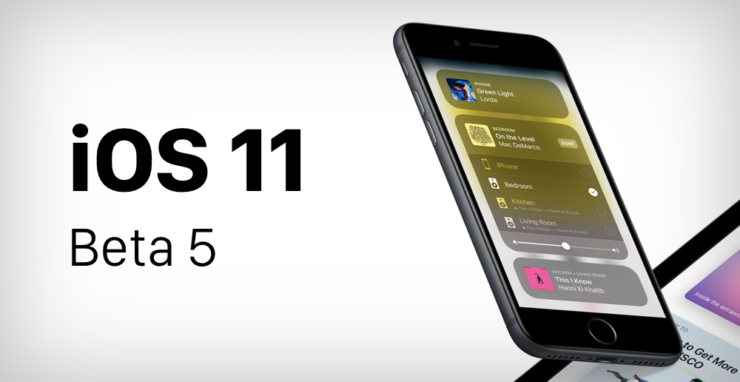 You can now download iOS 11 Beta 5 for all compatible iPhone, iPad and iPod touch devices. The update is available over the air as well as from the Apple Developer Program website. Here's how you can update right away.

Announced at WWDC 2017, iOS 11 is a huge update for iPhone and iPad users. In fact, it's a bigger update for the latter. Why? Because it's the first time ever that a mobile OS from Apple brings in more changes for tablet users than any version before it. But of course, just like any other mobile OS from Apple before it, it will be released later this year. This also means that the beta is currently available to download for those that reside in the developer community, or those who see themselves as plain enthusiasts. Regardless of what you are, the iOS 11 Beta 5 is now available to download, and comes packed with even more bug fixes and performance enhancements.

If you already have any iOS 11 Beta already installed on your iPhone, iPad or iPod touch, then you can grab iOS 11 Beta 5 over the air. Follow the steps below on how to do just that.

1. Connect to a WiFi network then launch the Settings app.

The developer beta of iOS 11 requires a paid membership with Apple. But thankfully, you can download iOS 11 Beta absolutely free straight from the company's Beta Software Program. Or, if you are feeling the extreme plunge, you can even install a clean copy of iOS 11 as well. All the necessary links are added below.

Since iOS 11 is beta software, therefore there could be a bunch of bugs and performance related issues that might slow you down from doing day to day tasks. But, you have the option of downgrading back to iOS 10 if you so wish. Follow the guide below for more details.

Yes, it's possible. Just head over to this link.

Will keep a close eye on this release and outline if there's anything new in this release so stay tuned for that. In the meantime, don't forget to update your devices.

iOS 11 is Installed on 81% of Total iPhone, iPad and iPod touch Devices Out there