You can now download HTC 10 Sense 8.0 wallpapers for any device that you may have. 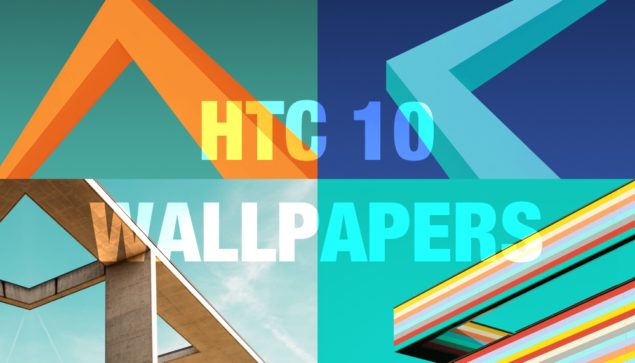 HTC has been struggling in the smartphone market for quite a while now. The HTC One M9 for example, didn't get the limelight the company was hoping for immediately after release. Still, HTC hasn't backed down from the lucrative market and there are reports that the company will come through with the HTC 10 smartphone, rumored to be powered by a mighty Snapdragon 820 processor, 4GB of RAM, topped off with a 5.2-inch display. And while we won't see the smartphone before 7th of April, but we can get right now are leaked HTC 10 wallpapers ripped from Sense 8.0.

HTC 10 Wallpapers From Sense 8.0 Have Leaked Online And Available For Download

All these wallpapers are in Quad HD resolution, which means that they will fit all your mobile devices like a charm. And oh, if you happen to have a Quad HD desktop panel as well, then you can use these backdrops on a desktop level as well.

While the wallpapers might not be the best we've seen for a mobile device, but they're a refreshing sight to look at, given that every other manufacturer has been following a familiar 'minimal' design pattern for mobile devices. Still, we'll give HTC a straight 8 out of 10 for their effort here.

As we mentioned before, the HTC 10 will be announced on the 7th of April, which is just a few days away from now. We will, of course, cover its announcement from start to finish, bringing to our readers every detail which they seek.

Rumors pertaining to the HTC 10 design suggest that we will be seeing a smartphone that more or less resemble the iPhone 6 / 6s, something which the company is absolutely not shy to pull off once again. Look at the HTC A9 for example, and you'll know exactly what we're talking about. But still, whether being a ripoff or not, it's good to see something different out from the company.

Let's just hope the new smartphone sells well and changes the fortune for HTC once again.