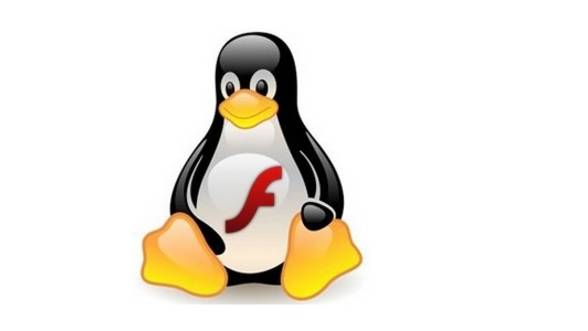 Adobe has announced that it is resuming support of Flash Player for Linux, after parting ways with the platform in 2012. Weird, huh?

While the world was plotting a coup and a million ways to kill the bug-infested Flash browser plug-in, Adobe has other ideas. If you run Linux and like Flash, it's a good news for you, however unlikely it may prove to be in the future.

Flash Player for Linux is resurrected

Adobe abandoned Flash on Linux in 2012, but has now apparently decided to take a turn. The company had said that it would not make newer versions of its NPAPI Flash Player plugin offered on Linux. The security updates for Flash Player 11.2 were also to stop in 2017.

In a small announcement made last week on its blog, Adobe has reversed its decision. The decision has possibly been made to get Flash Player accepted anywhere it could right now before the inevitable, but unbelievably slow death. The company has released a new beta build of Adobe Flash 23 for Linux. Whoot!

Adobe is now officially resuming support of the NPAPI Flash Player plugin on Linux, and will continue to provide security updates. The new release will work with Mozilla Firefox and other apps, but not with the apps that have removed NPAPI plugins like Google's Chrome browser. Adobe has also made a new promise to release regular updates to both the NPAPI and PPAPI versions for Linux.

You can download Adobe Flash 23 for Linux from here. Following is the official announcement that Adobe made last week (emphasis is ours):

Linux users have access to both NPAPI and PPAPI versions of Flash Player.  However, for the last four years, the NPAPI version has been held at 11.2 and regularly updated with only security fixes while the PPAPI version (used in Chrome and Chromium based browsers), is in line with the standard Windows and Mac releases.

Today we are updating the beta channel with Linux NPAPI Flash Player by moving it forward and in sync with the modern release branch (currently version 23).  We have done this significant change to improve security and provide additional mitigation to the Linux community.

In the past, we communicated that NPAPI Linux releases would stop in 2017.  This is no longer the case and once we have performed sufficient testing and received community feedback, we will release both NPAPI and PPAPI Linux builds with their major version numbers in sync and on a regular basis.

Because this change is primarily a security initiative, some features (like GPU 3D acceleration and premium video DRM) will not be fully implemented.

If you require this functionality, we recommend that you use the PPAPI version of Flash Player.  That said, we believe that the new NPAPI build represents a significant step forward in functionality, stability, and security and look forward to hearing your feedback.